UCL’s work to boost its global alumni community will be strengthened by the appointment of a leading authority on civil justice to the new role of Pro-Vice-Provost (Alumni). 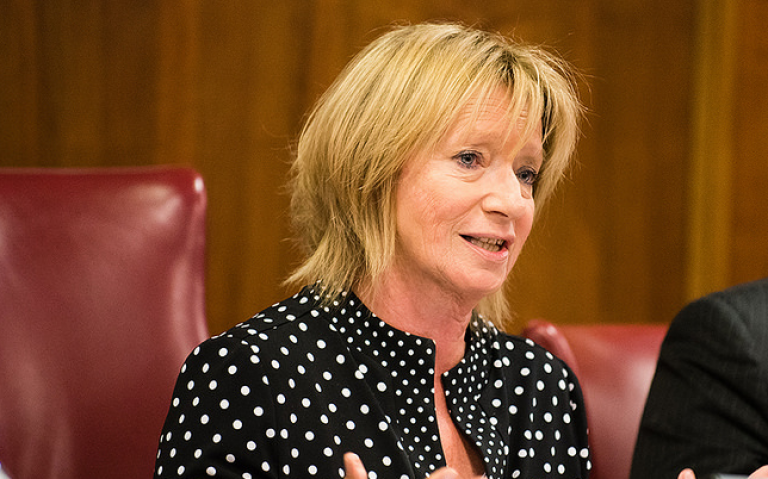 Professor Dame Hazel Genn, Professor of Socio-Legal Studies at UCL, takes up the voluntary role after acting as Dean of the Faculty of Laws from 2008-2017. Dame Hazel is particularly renowned as Founder and Director of the UCL Centre for Access to Justice, and for her influential work focusing on the experiences of ordinary people caught up in legal problems.

Her new role within the Office of the Vice-Provost (Development) will see her act as an ambassador for UCL’s philanthropy and engagement Campaign It’s All Academic, in particular engaging with alumni to reinforce and strengthen the lifelong relationship between UCL and its global alumni community of 250,000.

Dame Hazel has been an active supporter of the Campaign through its planning phase and launch in September 2016 as a core member of UCL’s Internal Campaign Steering Group. She says:

“As Dean of Laws, connecting back with alumni and creating an enduring sense of belonging among existing students was an important priority for me. A robust and supportive alumni community is one of the great benefits that UCL can give to its students and graduates.  It is hugely fulfilling for staff to stay in touch with graduates,  to see them blossom and to take pride in their important contributions to the world. I am very excited to work with OVPD to extend my relationships with UCL’s remarkable alumni beyond Laws.”

“Hazel has been an outstanding and inspiring leader of Laws, and has put a great deal of effort and energy into growing and re-engaging the alumni community there. We are delighted and very grateful that she will be donating her time to us in this role, and we can’t wait to introduce her to our alumni around the world.”

For more information on the role of Pro-Vice-Provost (Alumni), see the call for applications that was circulated throughout UCL in February 2017: http://www.ucl.ac.uk/news/staff/staff-news/february-2018/07022018-proviceprovostalumniapplicationsnowopen