"Now, as much as ever, the world needs the very best minds at the heart of policy making, and between us we can help make sure they get there." Stephen Rubin 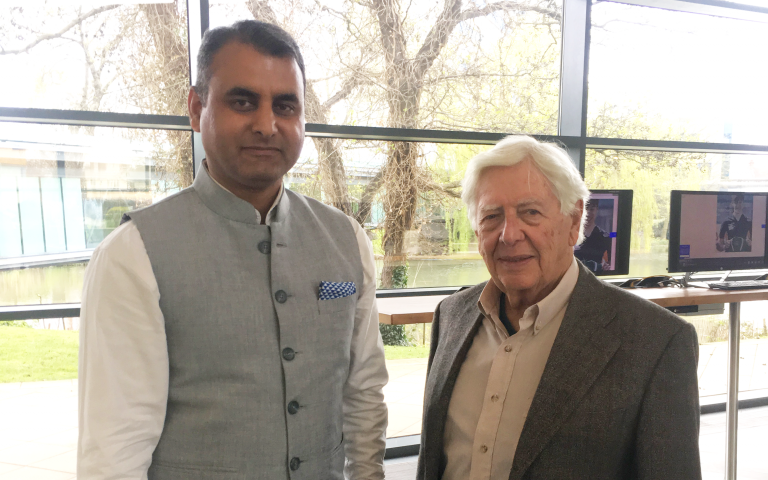 “There was no way I would have been able to afford the EMPA course. But I found out about the scholarship, applied for it, and the dream came true. The scholarship took care of the entire tuition fees, and some spending money. Without that, I would never have been able to study this in these two great universities.” Naasu Fofanah - UCL Wagner Executive Masters in Public Administration (EMPA) Graduate, Sierra Leone

Money should never come between the world’s brightest and most inspirational thinkers, and the education and opportunities needed to put their ideas into action.

This is why British businessman Stephen Rubin OBE set up the Pentland Scholarship in 2015. Now expanded to become The Pentland Churchill Scholarship, in collaboration with the International Churchill Society UK, from the 2019-20 academic year it will support two students each year from low or middle-income countries on the EMPA in Global Public Policy And Management course - a joint initiative between the UCL School Of Public Policy and the NYU Wagner School.

“I have already seen how these scholarships can help amazing people to change the world,” says Stephen. “Now that we have been able to expand the scheme, more people will be able to get the funding they need to make their aspirations a reality.”

Naasu Fofanah is an example of how impactful the scholarship can be. A Sierra Leone rape survivor, she went on to become the Gender Adviser to President Ernest Bai Koroma. Then, thanks to Stephen’s generosity, she was able to study for her EMPA and add a deep understanding of the theories behind international development and public policy to her real-world experience. “It’s opened up my horizons,” she says. “I’ve gone back to Sierra Leone now and I’m working very closely with the government to ensure that women’s empowerment is at the heart of policy decision making.”

Another recipient of the scholarship, Prasoon Sharma, who was invited by the Chinese government to be a keynote speaker at an event marking the 40th anniversary of China’s market reform, says: “It is more than a scholarship because Pentland scholars get an exclusive chance to meet Mr Rubin. He genuinely cares about scholars’ personal and career growth.

“The opportunities and doors which Mr Rubin opens are beyond limits and imagination.” 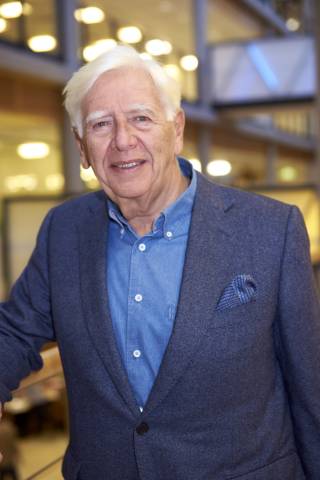 Rubin’s relationship with UCL spans more than six decades and date back to him studying his law degree here in the 1950s. But his own legal aspirations took a back seat when he joined his parents’ business - Liverpool Shoe Company - in 1959, going on to become chairman a decade later when his father died. He modernised the company to become the Pentland Group and today it’s one of the UK’s largest sportswear companies.

Philanthropy has always been important to him, and the Pentland Churchill Scholarship is far from his only contribution to UCL.  Since becoming one of the first individuals to make a £1m donation to UCL in 1998, Rubin has supported initiatives like the Rubin Fellows and the Rubin Building at the School of Public Policy, The Moot Court in the newly refurbished Bentham House, and the UCL Centre for Access to Justice.

Professor David Coen, Director of the School of Public Policy, explains why Rubin’s generosity is so welcome: “It is our aim at UCL to be as inclusive as possible and to broaden our outreach - in that way we can help shape the world by attracting, educating and encouraging the very best. But in order to be able to attract the best and brightest we rely on support from outside funding. That’s why scholarships are so important.”

Given its potential to help nurture future global influencers and even world leaders, the Pentland Churchill Scholarship could prove, over time, to be Stephen Rubin’s most impactful contribution yet.

In recognition of transformational philanthropy at UCL, on the 23rd May, UCL is unveiling its new Donor Wall at the heart of its Bloomsbury campus.

This striking art installation has been created by Slade School of Fine Art graduate, Dr Sarah Fortais, and will feature the hands of over 60 of the university’s most generous donors cast in aluminium and bronze. These donors are members of the UCL Circle of Benefactors who have supported UCL with transformational giving over £1 million in areas such as cancer research, neuroscience, scholarships and more.

Stephen Rubin is among those being honoured. He says: “UCL is close to my heart, and I am proud to contribute to its work in the areas of law and public affairs. Now, as much as ever, the world needs the very best minds at the heart of policy making, and between us we can help make sure they get there.”