Securing a future for the Centre for Access to Justice

The Centre for Access to Justice (CAJ) transforms the daily lives of ordinary Londoners by providing disadvantaged communities with access to free legal advice. 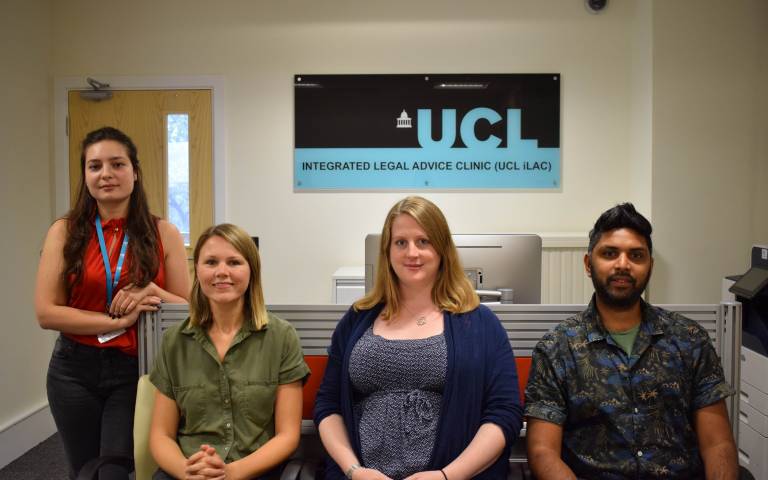 “So far we have represented more than 200 clients at tribunal and people tell us we have helped. But the research we are doing as part of UCL East could make a difference to a lot more people.”
Shiva Riahi, Centre Manager of Centre for Access to Justice

The centre also gives UCL law students a unique opportunity to gain invaluable experience and insight into real life cases – over 75 students have worked with the centre’s solicitors and advisers to support over 200 clients.

After just five years, the huge impact of the centre is already being felt. Its public-facing legal clinic has won two legal aid contracts for housing and community care, allowing the team to offer a wider range of representation services to clients and to expand their teaching in this area. Not only this, but it is the only university-led clinic to hold a legal aid contract, which is a huge vote of confidence for the centre’s growth.

With dedicated resources and support, the Office of the Vice Provost Advancement (OVPA) has helped the CAJ secure crucial funding at a time when government services are at their most vulnerable. Since opening in 2013, philanthropy has played a critical role in the centre’s success, but for it to grow its services so more people can benefit, further donations are vital.

Unique positioning for an important cause

The London Borough of Newham is the third most deprived local authority in England. And it’s for this reason that the CAJ calls it home.

Previously based inside the Sir Ludwig Guttmann Health & Wellbeing Centre, the UCL Legal Clinic is the public-facing arm of the CAJ. It was originally established as a way for UCL to help enrich of the lives of local communities and support integration.

Using the model of a GP surgery downstairs and the UCL Legal Clinic upstairs, it allowed the team to intervene where the cause of the medical problem was due to a wider societal issue. Shiva says:

If a woman goes to the GP for antidepressants because she is going to be evicted, she doesn’t need antidepressants. She needs to not be evicted. At the Guttmann Centre, the GP can refer the patient upstairs to the legal advice clinic, and we can help.”

This unique set-up was based on research by Professor Dame Hazel Genn, which showed that people’s legal problems tend to cascade into other areas of life – such as health.

The clinic now has a permanent home in Solar House, Stratford, which UCL has a long-term commitment to fund, ensuring its future is safe. This gives the clinic a space where clients can visit and casework can be undertaken, ensuring greater consistency and stability.

The CAJ will continue to run pop-up clinics at the Guttman Centre while working closely with the practice in order to facilitate referrals from there. It has now also been able to expand its remit to include a network of other local healthcare practices.

Education at its heart

Along with the centre’s public work, the corresponding course at UCL is thriving. The Access to Justice course is uniquely designed to instil the students with a sense of social justice as well as crucial casework skills. With the student-supervisor ratio at 6:1, those studying receive intensive supervision, which demonstrates both an investment in and commitment to the learning.

In 2018, 40 students wanted to take the Access to Justice course, but course leaders only accepted 22 due to the number of supervisors needed to facilitate such a high take-up.

Funding for a vital cause

Philanthropy has already played a vital role in the history of the centre, funding its establishment and allowing the team to test their concept while growing their practice. The value of this work is proven in the impact the centre has had – allowing the team to win legal aid contracts. The team has also managed to leverage its core funding from UCL to pay for a permanent residence, showing that the centre’s intentions are rooted in changing mentality for the future.

Donor support will continue to be a crucial component in the centre’s success, as legal aid funding will only realistically cover the bare minimum of specific cases. But the continual sourcing of money is a time drain on the centre’s staff, who only have limited resources to action their important work.

With secured philanthropic funding, the centre can cover a number of staff roles, helping it expand the core offering with specialist student training for casework – ultimately allowing the centre to reach more people in need.

Through UCL’s Global Philanthropic and Engagement Campaign, the OVPA offers the team support from a dedicated fundraiser who works with them as little or as often as they need it. Together, they can identify opportunities and prospects that are appropriate for the centre and can help to fund their work. This positive reinforcement to their work means the team can be ambitious on both a micro and macro level. 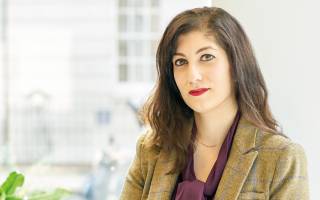 Following on from the Guttmann Centre project, the CAJ is aiming to do more than help individuals. Led by Professor Genn, it’s also doing empirical research into the societal outcomes of the work. Shiva hopes this will prove the wider significance.

“For example, has it had a beneficial impact on health? Has it reduced demand on GP services? Does it make life easier for GPs? Those are statistics people will pay attention to. We hope the research from the Sir Ludwig Guttmann Health and Wellbeing Centre will eventually inform government policy.”

Funding also contributes to summer maintenance bursaries for students who could otherwise not afford to live in London and take on unpaid social welfare law work experience. Shiva adds:

“We have a lot of students who go on to work in corporate law, but after working with us, they go there with a sense of social justice.”