Talk to scientists about the latest discoveries, follow the history of the Universe, find out about distant solar systems, stars and galaxies and try out telescopes for yourself! 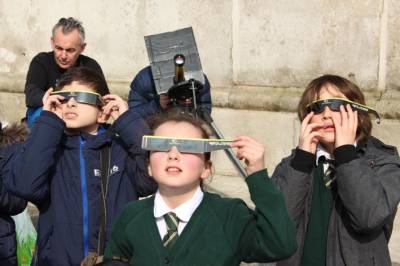 Have you ever wondered:

We’ve discovered nearly two thousand planets orbiting stars other than our Sun. But beyond their size and distance from their star, we know very little about them.

Now, a team of UK scientists and engineers led by UCL aim to place a small satellite into Earth’s orbit that could start to answer these questions within just four years. The Twinkle space mission will observe more than one hundred known exoplanets and will unveil their weather, history and the chemical composition of their atmospheres.

In this exhibit, you can find out about Twinkle, the team behind the mission, see the signatures of planet atmospheres with our exoplanet simulator and play the exoplanet card game to find out which planets out there might host life. 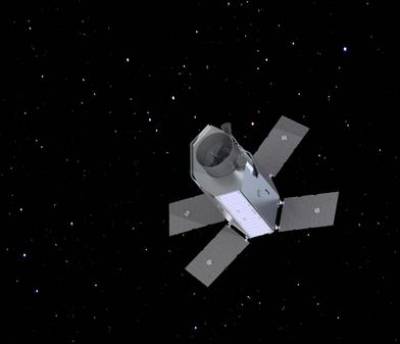 Have you ever wondered:

We use the vast space in UCL's south cloisters to display a linear time line on which you will be able to place the major events in the history of  the universe, all the way from the Big Bang to the emergence of life and intelligence on planet Earth. You will get a set of instructions and a description about the relevance of each event. You will feel like a god and you will find the insignificance of the human presence within the grandeur of a fascinating Universe.

Cosmology brings us to the larges scale of the Universe, both in space and in time. Cosmology studies the Universe as a whole, its origin, development and eventual fate. You will experience the expansion of the Universe and see why galaxies do not expand themselves. Use microscopes to identify tiny images of distant galaxies in photographs by the Hubble Space Telescope. You will learn about black holes, dark energy and ghostly dark matter.In Cosmology there are still many questions waiting for proper answers.

In addition, the observatory has a well established public and school outreach programme. You will find information about this and about the UCL Certificate in Astronomy, a two-year evening course for members of the general public.

Some portable telescopes will be available outside for direct observing during the day, weather permitting.

There will be several portable telescopes out in the Front Quad of the college looking at the sun with special filters that will show any regions of high activity, like sun spots, large prominences and possible solar flares. Other telescopes will be used to find the planet Venus in daytime and the Moon and Jupiter in the evening.

Please note that telescope viewing will depend on the weather. 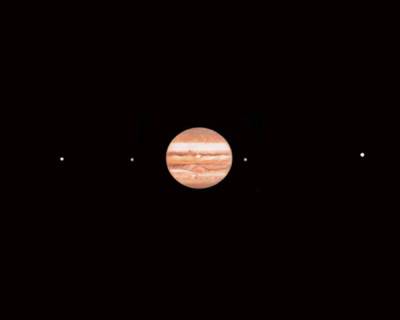 The giant planet Jupiter and its moons The south pole of the Moon

The Lives of Stars

If you think of the sky at night, the first thing that comes to mind is probably - stars! A look into a dark night sky will reveal a multitude of twinkling dots of different colours, some much more bright than others. They're very pretty to look at, but what do stars tell us about the universe? How far away are they? How do they shine, and what would happen if there were no stars? This beautiful exhibit will take you on the journey through the exciting birth, life and death of stars by building a simple diagram. 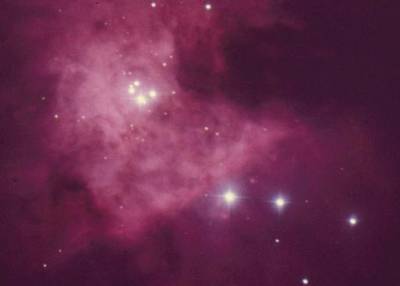 The Orion nebula, a cloud of gas and dust from which thousands of star systems are currently forming. This is the nearest stellar nursery to our solar system.

The Magic Planet gives you a complete tour of the Solar System! See the vast red deserts of Mars, the turbulent clouds of Jupiter, the yellow volcanoes of Io and our own Earth's weather patterns and shifting continents... all from the comfort of a safe, warm lecture theatre. It really is magic!

In 1995, astronomers discovered the first direct evidence to show that stars - other than our Sun - had planets in orbit around them. Since then, over 2,000 of these "extrasolar planets" have been found! This talk will go through some of the methods that astronomers use to detect planets around other stars, and will discuss the fascinating potential for life outside our own Solar System, and the possibility that humanity may, one day, travel to another star.

The magic of the rainbow goes well beyond its mysterious shape and colours. Any source of light can produce rainbows. In this exhibit we use special rainbow machines to see the colours of chemical elements, and learn how astronomers can tell what the stars are made of! 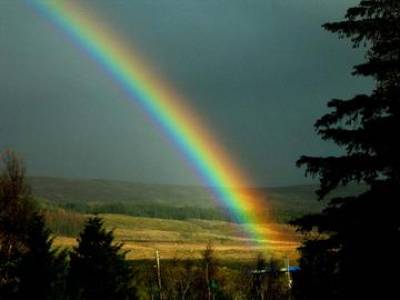