In collaboration with Prof Burton (The Centre for Trophoblast Research, University of Cambridge), we have made several ground-breaking discoveries on the establishment of the placental circulations in the first trimester of pregnancy and the role of oxygen in normal and abnormal early placental development.

How the placenta and its adnexae develop and function as anatomical and physiological barriers between the mother and the fetus is essential in understanding how abnormalities of placentation can affect normal fetal development and impact on maternal well-being and the outcome of pregnancy (Figure). Most placental disorders including fetal growth restriction and preeclampsia and linked to disorders of early placentation and oxidative stress and studying them in the first trimester of pregnancy is pivotal in the development of screening test and therapy.

There is mounting evidence that neural memory traces are formed by auditory learning in utero and that premature newborns are particularly sensitive to the intense, sustained noises or impulses sounds associated with the use of intensive care equipment. We have recently found that that frequency contents above 10kHz are transmitted into the amniotic sac and that some frequencies are attenuated by as little as 3 dB. Fine-frequency acoustic attenuation characteristics are essential to inform standards and clinical recommendations on exposure of pregnant women to noise. Such transfer functions may also inform the design of filters to produce an optimal acoustic setting for maternal occupational noise exposure, use of magnetic resonance imaging during pregnancy, and for neonatal incubators.

Our group has been studying placentation in early pregnancy failure for 25 years and showed that many miscarriages are associated with insufficient placentation and premature entry of maternal blood inside the placenta. This ongoing research has been at the core of many of our key publications and has received funding from Wellbeing for women and The Wellcome Trust.

Placentation in the scarred-uterus: The placenta accreta spectrum

This is essentially an iatrogenic disorder of placentation which is due to the damage induces by surgical procedures on the uterus and in particular to caesarean delivery. Better understanding the pathophysiology of invasive placentation has become a clinical priority of this increasingly more common and complex disorder.

We have studied how the embryo received its nutrients during the key-phase of organogenesis in-vivo and in-vitro and have demonstrated that during the first trimester of human pregnancy embryonic nutrition is histiotrophic rather than haemochorial. We continue to investigate the role of uterine glands and the secondary yolk sac in early pregnancy. 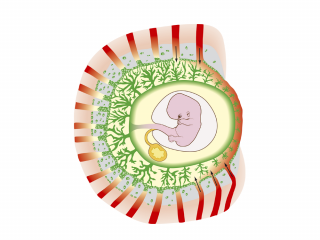 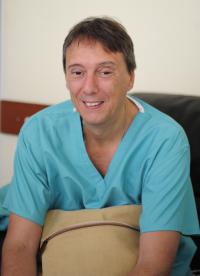