Our research group investigates the underlying mechanisms of infection-associated preterm labour. Our goal is to develop novel therapeutics to reduce the perinatal morbidity and mortality associated with preterm birth and improve the quality of life of premature babies.

Preterm birth (delivery before 37 weeks) is a significant global health issue, accounting for approximately 11% of births worldwide and is the leading cause of morbidity and mortality in babies. In the UK, 60,000 babies are born prematurely every year. Around 40% of spontaneous preterm births are associated with infection, most commonly caused by bacteria travelling from the vagina up through the neck of the womb (Figure 1). The structure at the entrance to the womb, the cervix, plays an important role in pregnancy as it forms a physical barrier to protect the womb and the developing baby from infection, as well as producing antibacterial proteins that fight infection.

Premature babies are at an increased risk of brain damage, which can result in cerebral palsy, as well as poor lung development, causing lifelong damage. Current treatments are ineffective at delaying delivery and do not improve neonatal outcome. It is crucial that new therapeutics are developed to prevent infection in the womb and protect the development of babies. 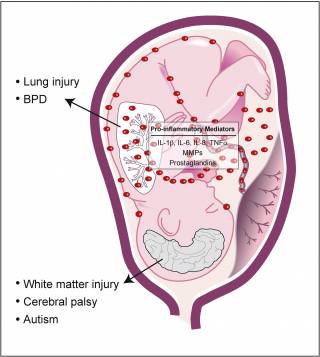 The presence of infection/inflammation can result in the preterm, pathological initiation of labour, with adverse consequences for the fetus. Inflammatory mediators may reach the fetal circulation by placental transmission into the umbilical cord or indirectly via the amniotic fluid. Amniotic fluid exposed tissues, such as the fetal skin and lung, can drive the fetal inflammatory response. Prolonged in utero exposure to inflammatory mediators can result in fetal injury. The fetus is susceptible to lung injury and bronchopulmonary dysplasia (BPD), as well as brain white matter lesions and neurological conditions such as cerebral palsy and autism.

The central hypothesis of our research is that inflammation is a final common pathway leading to spontaneous preterm birth and associated neonatal morbidities, and that intrauterine bacteria are the inflammatory stimulus in the majority of cases. Early work demonstrated that E. coli lipopolysaccharide given to mid-gestation sheep fetuses caused extensive white matter damage (Peebles et al, 2003) and that fetuses born prematurely following in utero infection were severely immune compromised (Azizia et al, 2012) suggesting that prevention of fetal infection should be the goal of therapy, as well as trying to prevent preterm labour. Professors Peebles and Klein, from the UCL Institutes for Women’s Health and of Child Health respectively, have formed a successful collaboration over the past 15 years to investigate the role of infection and inflammation in preterm birth. Using sensitive molecular techniques, they have demonstrated that bacterial DNA could be identified in fetal membranes and placenta from over 80% of spontaneous preterm births (Figure 2A) (Jones et al, 2009). Bacterial DNA could not be detected in placenta or fetal membranes in pregnant women at term before the onset of labour, in spite of the diverse and prolific bacterial load within the vagina (Figure 2B). This led them to hypothesise that, while in most women the cervical canal acts as an effective check to microbial spread, any impairment in cervical immunity would result in microbial access to the uterus and an increased risk of preterm birth.

A number of findings from our group and others support the idea that cervical immunity could be reduced in some women and that this might put them at increased risk of preterm birth. We have shown that cervical mucus collected at 12-18 weeks gestation from women who went on to have a preterm birth <34 weeks did not contain macrophages, as compared with those who delivered at term in whom macrophages were found in 80% (Hunter et al, 2016). Similarly, we showed that the cervical concentration of Human Beta Defensin 2 (HDB2), a powerful antimicrobial peptide, correlated with maternal copy number of the HBD2 gene and that the concentration also correlated with bactericidal efficiency (James et al, 2018). Finally, it is well described that a short cervix (<15mms), measured by ultrasound, is associated with an increased risk of preterm birth. We have shown that loop excision of the ectocervix, as a treatment for cervical intraepithelial neoplasia,  increases the risk of subsequent preterm birth but only if the cervical sample is large (Castanon et al, 2012). Whilst shortening the cervix could result in loss of structural integrity, it could also impair antimicrobial function by reducing the area of columnar epithelium.

Is it possible to augment cervical immunity?

To investigate whether overexpression of a powerful antimicrobial peptide, HBD3, could increase cervical antimicrobial function and whether this might be of use therapeutically, we developed a mouse model of ascending bacterial infection leading to preterm birth (Suff et al, 2018). We demonstrated that murine cervical epithelial cells can be transduced in vivo with a viral vector (AAV8) encoding the HBD3 transgene (Figure 3A); this results in elevated levels of HBD3 protein in cervical lavage samples from these animals and also in reduced entry of E. coli into the pregnant mouse uterus at 24 and 48 hours after intravaginal injection, (compared with animals pre-treated with AAV8 expressing a control transgene (Suff et al, 2020). Preliminary data suggest that reduced bacterial entry into the uterus also improves fetal survival (Figure 3B, C). Further research is underway to determine whether this gene therapy approach also protects the developing brain from inflammation. However, the results so far do suggest that it might be possible to manipulate or augment cervical immunity to provide a more effective, focussed antimicrobial effect than can be achieved with systemic antibiotic treatment. 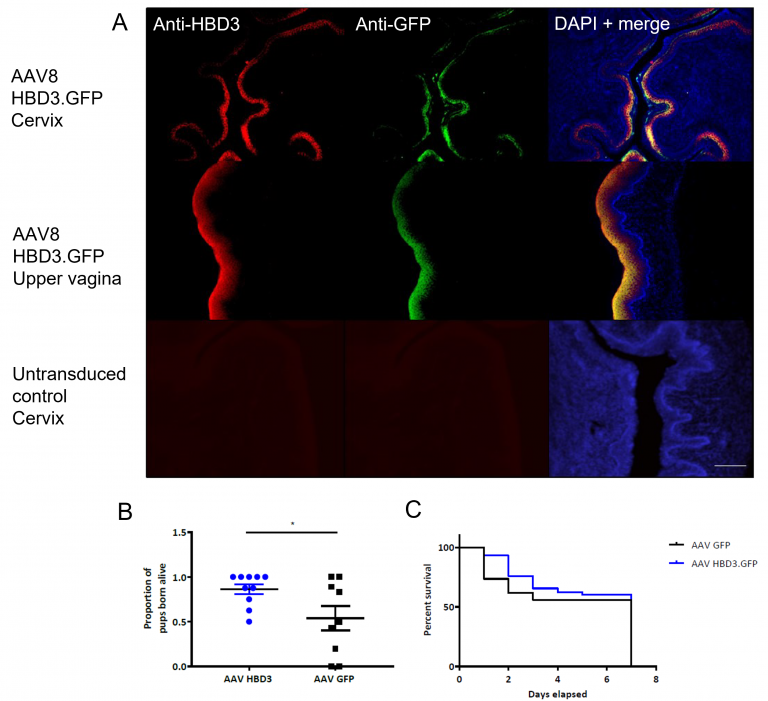 Iatrogenic preterm premature rupture of the fetal membranes (PPROM) and subsequent preterm birth also occurs commonly after amniocentesis and fetoscopic surgery, interventional fetal therapies that are increasingly used in fetal medicine. Healing of the amniotic membrane is poor (Figure 4), so attempts to seal the defect using collagen plugs or blood patches is often ineffective. The mechanisms which promote fetal membrane healing are poorly understood. Recent research in collaboration between Professor Anna David and Queen Mary University of London (Dr Tina Chowdhury) has demonstrated the importance of Cx43, a stretch-sensitive protein which influences inflammation and the healing response. Modulating Cx43 expression to alter healing of the amniotic membrane is now being investigated as a potential therapy (Costa et al, 2021). 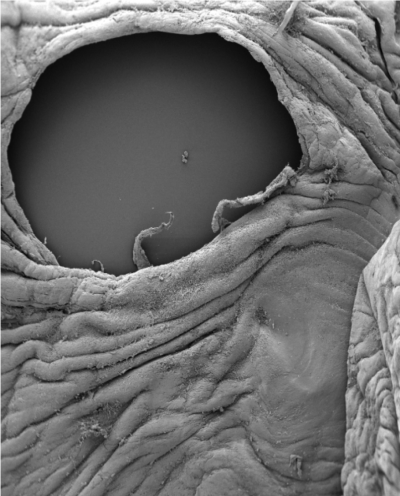 Figure 4. This is an image of a hole in the amniotic membrane 10 weeks after a patient underwent fetoscopy for twin complications. This hole did not heal.

We have demonstrated that Caesarean section scar position and characteristics can be reproducibly evaluated using transvaginal ultrasound. The internal cervical os is identified using colour Doppler at the level of the uterine arteries using colour Doppler ultrasound (Banerjee et al. 2022). We are now investigating if a low Caesarean section scar increases the risk of preterm birth. If so, we will be able to intervene earlier with cervical cerclage (stitch) to prevent preterm birth. 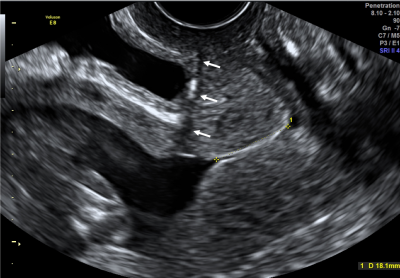 Figure 5. Ultrasound image of the cervix which has started to funnel from the top. A Caesarean section scar (white arrows) can be seen near the top of the cervix.

Improving the care of women at increased risk of preterm birth

Professor Anna David leads a weekly NHS-led Preterm Birth Clinic, with 400-450 referrals annually. This clinic has expertise in women with uncommon uterine anomalies, full dilatation Caesarean section, recurrent urinary tract infection, radiotherapy/bone marrow transplantation, high vaginal cervical cerclage, laparoscopic and open transabdominal cervical cerclage. Many of these women participate in one or more of our research studies. The clinic benefits from the help of a team of midwives funded to do research and to recruit women to national research studies to improve outcomes related to preterm birth.

The goal of much preterm birth related research has been to delay preterm birth so that delivery occurs at a later gestation than would otherwise have occurred. It remains unclear as to whether this strategy actually improves neonatal outcomes and is safe. Prolonged exposure to bacterial products and the resulting wave of inflammation-related molecules, such as cytokines, has been shown to cause lung and brain injury in both animal and human studies. An important focus of our research is, therefore, to understand the key pathways by which preterm birth and its prevention affects neonatal outcome. 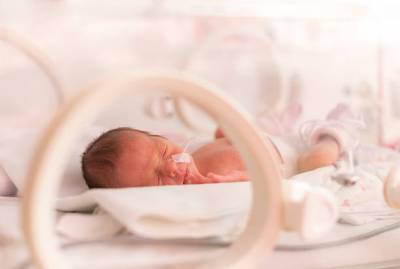 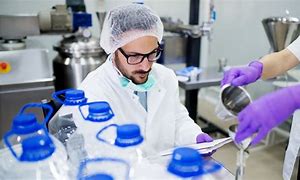 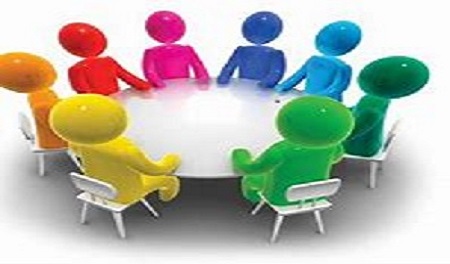 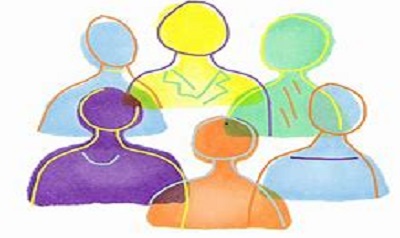 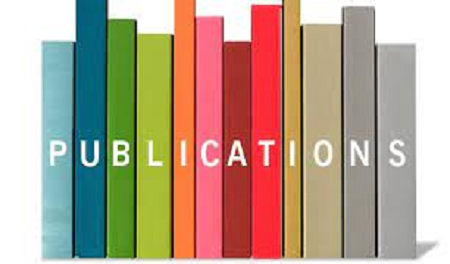 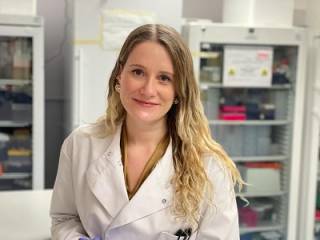