The Equality Challenge Unit (ECU)’s Athena SWAN is a national charter mark that recognises the advancement of gender equality in higher education: representation, progression and success for all. It was established in 2005 to encourage and recognise commitment to advancing the careers of women in science, technology, engineering, maths and medicine (STEMM) employed in higher education and research.

The Athena SWAN awards process enables departments and universities to develop an action plan aimed at improving recruitment, retention and promotion of female academic and research staff, as well improving work to address gender equality more broadly, and not just barriers to progression that affect women.

Our application for our Gold Award renewal was submitted in November 2020 and we were successful in achieving this in April 2021.  Our previous Gold award was given to us in 2017 and before this we were awarded a Silver award in 2013. 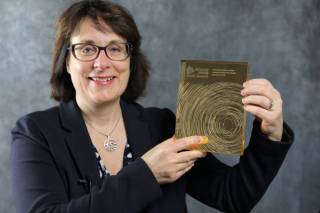 This is one of only three Gold Athena SWAN awards at UCL. See UCL news

We submitted our application in November 2016 and were successful in receiving our Gold Award in April 2017.

The Institute applied for and received an Athena SWAN Silver Award in April 2013.

Recognising advancement of gender equality: representation, progression and success for all.

ECU’s Athena SWAN Charter was established in 2005 to encourage and recognise commitment to advancing the careers of women in science, technology, engineering, maths and medicine (STEMM) employment in higher education and research. In May 2015 the charter was expanded to recognise work undertaken in arts, humanities, social sciences, business and law (AHSSBL), and in professional and support roles, and for trans staff and students. The charter now recognises work undertaken to address gender equality more broadly, and not just barriers to progression that affect women.

In relation to their:

Why do Universities have such large gender pay gaps? (PSA Blog, Apr 2019)

Girls will never feel welcome in STEM if we attack women in science (The Independent, Apr 2019)

Why we still struggle with work-home conflict in women and men (The Conversation, Mar 2019)