The fieldsite we call 'Panchagrami' is located near the metropolis of Chennai in the state of Tamil Nadu. Originally a group of five villages, it is now the site of a major IT park established under a government initiative. On any working day this area is not only home to approximately 30,000 residents, but also to over 200,000 IT workers who commute to work here. As a result this area has undergone major transformations both in infrastructure and population, and is in the midst of changing its identity from an agriculture-based economy to a knowledge-based one. Panchagrami provides a particularly complex and multilayered environment for the reception of new social media.

social media for a rural student

Meet the People of Panchagrami

Impact of Social Media on Politics 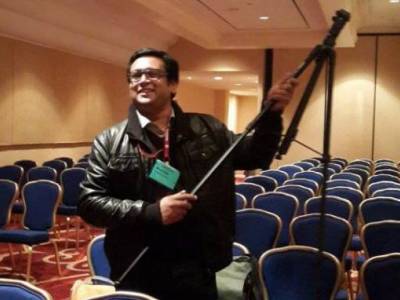 Our researcher in India

Shriram Venkatraman is a PhD candidate at the Department of Anthropology, University College London. He is also a trained professional statistician and prior to his doctoral studies at UCL, held leadership positions at Walmart, USA. His research interests include technologies in work places, organisational culture, and entrepreneurship.