The fieldsite of Alto Hospicio is a city of 100,000 inhabitants in northern Chile. The city is an outgrowth of nearby Iquique, an important port city for western South America, and links the port with copper mines in the nearby highlands of the country. These industries have attracted a large number of immigrants from other regions of Chile as well as nearby countries. Though the region is rich in resources, it is politically marginalised. The city was only incorporated in 2004, and combines the precariousness of unofficial growth with a spirit of community development.

An Introduction to Alto Hospicio

"Nebraska" - A Colombian Barber in Chile

Music and protest on social media 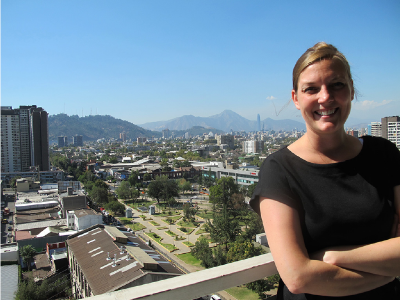 Our researcher in Chile

Nell Haynes is a Postdoctoral Fellow at Pontificia Universidad Católica de Chile in Santiago. She received her PhD in Anthropology from the American University in 2013. Her research addresses themes of performance, authenticity, globalisation, and gendered and ethnic identification in Bolivia and Chile.