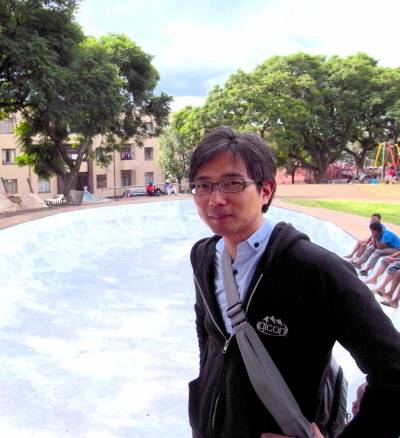 Dr Yohei Miyauchi is a geographer and an anthropologist who is a researcher at the Institute of Social Theory and Dynamics, Japan and a researcher at the Centre for Asian Area Studies, Rikkyo University, Tokyo. He received his PhD from Rikkyo University through his study on the art-led urban rejuvenation in the inner city of Johannesburg. He is currently conducting geographical research on the environmental politics of water governance, nature conservation, urban planning, and infrastructure development in South Africa’s industrial cities.

Previously, Yohei studied at Department of Anthropology, Rhodes University, South Africa (2003-2007) and stayed at the Centre for Urbanism and Built Environment Studies, University of the Witwatersrand, Johannesburg as a visiting researcher (2014). He served as an administrative officer at the Japanese consulate in Cape Town (2001-2003) and as a special researcher at the Embassy of Japan in South Africa, Pretoria (2008-2011).