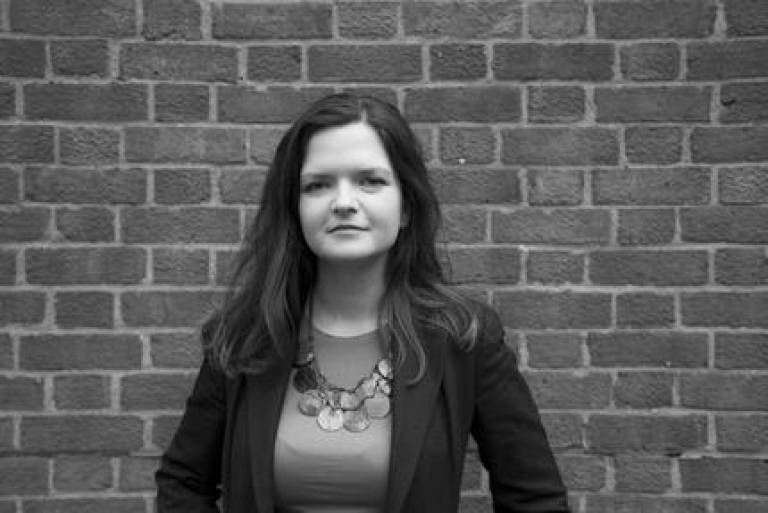 Her research interests focus on the right to the city, urban surface inscriptions and materialities, crime and transgression, and urban semiotics. She completed her PhD in 2018 at the Bartlett School of Architecture with supervisors Prof Iain Borden and Prof Ben Campkin. Her thesis was titled “Graffiti, Street Art and the Right to the Surface: For a Semiotic, Cultural and Legal Approach to Urban Surfaces and Inscriptions”, and it developed a methodology for reading the surfaces of cities as political loci, which can contest urban property regimes and spatial production and occupation. The study was based in London and it built on Sabina’s MA studies in Visual Culture at Manchester Metropolitan University, to interrogate the role of visibility for urban entitlement.

She proposed a transferable surface semiotics method, drawing from methodologies and conceptual frameworks such as legal geography, site specificity and public art, spatial justice, criminology, sociologies of art and crime, visual culture, and creativity in neoliberal urban environments. More recently, she has been looking at new materialist theories from geography and anthropology and writing about mending matter and architectural impermanence.

Sabina is currently an architectural history and theory teaching fellow at the Bartlett School of Architecture, a lecturer and module leader at the University of East London, and a tutor at Ravensbourne University. Her work includes modules on the history of London architecture, the history of the home and interior design, and outreach projects on graffiti, spatial justice and the image of the city.

Most recently, she has developed a module called “Critical methodologies of space, architecture and urbanism”, whose main objective is to engage with theoretical texts around a number of central issues in contemporary architectural and urban thought, using scholarship from architecture, anthropology, philosophy, law, sociology and geography.

She was a UCL Grand Challenges grantee and organiser of the international Graffiti Sessions conference in 2014, and a British Council fellow at the Venice Architecture Biennale in 2016. She is co-convenor, with Susan Hansen, of the Art on the Streets symposium.