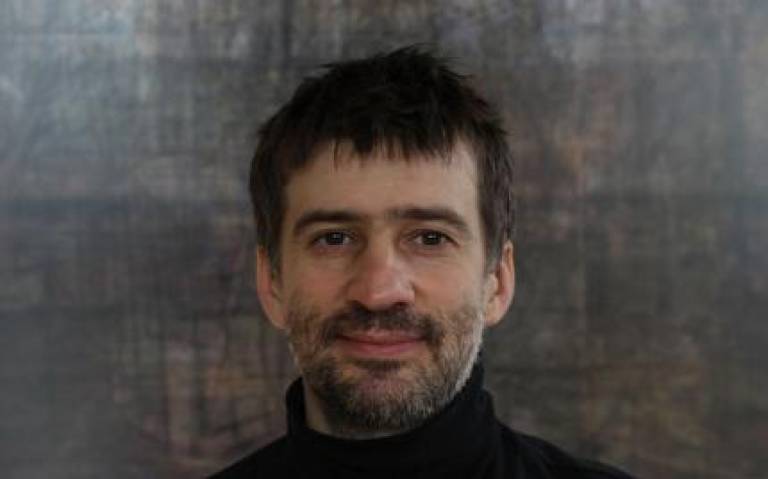 Dr Felipe Lanuza Rilling is a practicing architect, educator, and postdoctoral researcher at the UCL Urban Laboratory. He holds a PhD in Architectural Design from the Bartlett School of Architecture, UCL, was trained as an architect at the University of Chile and obtained his MArch at the Catholic University of Chile.

Through investigations on the notion of absence in urban leftovers, he explores processes of design and representation as a way of generating new understandings and alternative interventions in the built environment. Felipe has taught and exhibited internationally. He is Senior Associate at Urban Transcripts and co-founder of Devilat + Lanuza Architects, an architectural practice based in London, focused on the critical understanding and use of 3D laser scanning. In addition to his work with the UCL Urban Laboratory, Felipe teaches at the BA Architecture and MA Landscape and Urbanism at Kingston University.

"Documents of urban change: experiences of absence in Burgess Park and the Aylesbury Estate."

This research expands and deepens the interpretative framework and design methods I developed in my recently finalised Architectural Design PhD thesis entitled "Absence through layering: from experiencing urban leftovers to reimagining sites." I aim at investigating and representing the multiple and layered dimensions of absence as can be found in the changing environment of Burgess Park and the neighbouring Aylesbury Estate.

Experiences of absence include traces and fragments of the industrial past and the densely populated urban fabric that has given way to Burgess Park's open green spaces. Absence, however, also comes forward in the process of urban regeneration affecting the Aylesbury Estate, not only through the emptying of the housing blocks and their on-going physical disappearance, but also in the displacement and dispossession implied in the decanting of the residents of the estate.

While the Aylesbury Estate is being subject to a major transformation, Burgess Park has just been under a revamp that fixed and staged the remainders of its industrial past, and giving spatial coherence to an aggregation of green areas gradually linked up in the last decades. The improvements to Burgess Park include a richer landscaping and the gradual, on-going erasure of leftovers of its past configuration, not regarded as of heritage status.

Although the radical changes taking place in the Aylesbury contrast with the actions of conservation and minor interventions in Burgess Park, I argue both are, complementarily, part of a broader process of urban regeneration taking place in South London. Authors like Campkin (2013), Lees (2014) and Rendell (2017) discuss the case of the Aylesbury, addressing aspects of urban regeneration, social injustice and visual culture. Drawing from these accounts and the recently finalised PhD, this work observes the Aylesbury from the perspective of Burgess Park, both as a witness and countering parallel within the same process, addressing the role it plays in the on-going redevelopment of the Aylesbury Estate's site.

Based on and expanding from the design method of layering, developed in the PhD, the audio-visual work accounts for absence in the Aylesbury Estate and Burgess Park. In doing this, it aims at generating modes of representation of urban change able to create imaginaries that are alternative to the dominant narratives of urban regeneration, combining architecture, photography and film.