UCL Urban Laboratory and the Institute of Advanced Studies are delighted to announce the latest allocation of funding to interdisciplinary projects that connect to our annual theme of Waste. 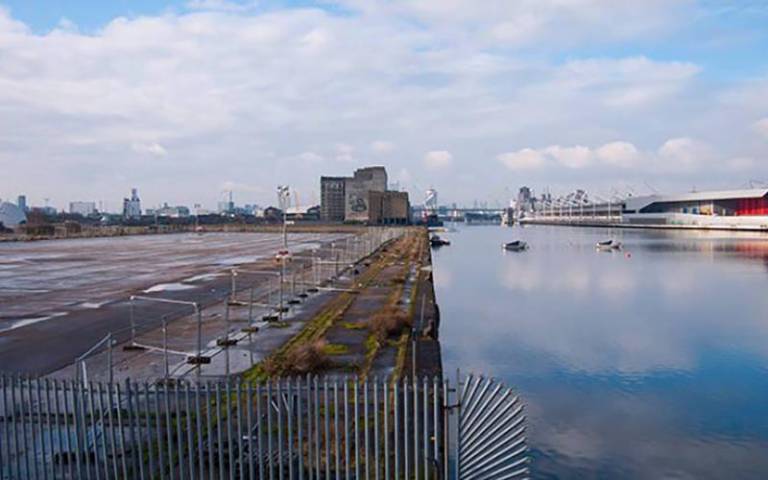 The fund supports UCL researchers, and their collaborators, to produce public events or public engagement activities around the concept of Waste, as a widely defined grand challenge.

The projects relating directly to urban research include:

Screening of four short films, followed by a moderated roundtable discussion, examining the role of artistic production in challenging knowledge and inspiring activism around waste and toxicity. The event will have two main aims:

The short films selected – two from the Middle East, and two from Latin America – will serve as a point of departure to discuss the aforementioned issues. Concerned with the ‘garbage crisis’ plaguing Lebanon since 2015; the role of waste in Palestine under occupation; labour and value(s) in Rio’s garbage dumps; and urban ruination in neoliberal Buenos Aires, these films engage in different ways with the links between spaces contaminated by waste and toxic political systems and will allow us to consider how value chains and waste circulations are entangled across the Global North / South divide.

No Place for Old Urbanites? Ageing Royal Docks and forms of maintenance and care - Giorgio Talocci

This project will investigate – through a series of design research workshops – the artificial creation of a complex assemblage of ageing populations, ageing built stock and ageing civic infrastructures in the Royal Docks.

The rhetoric of East London’s urban regeneration has described the Royal Docks as a gigantic and prone to obsolesce urban void, lying at the Southernmost tip of Newham’s arc of opportunity – the cradle of the 2012 Olympics’ programme of urban boosterism. The transformation of the overall area has epitomised a wealth of processes of creative destruction, with urban areas rhetorically constructed or left over as wastelands and ruins, and consequently demolished and redeveloped. A rising middle class – an increasingly younger demographic – has settled in newly built housing, attracted by the easy access to central London through public transport networks.

The project wants to question and co-design a possible inclusive future for the ageing built and social fabric of the Royal Docks, working across scales and highlighting the presence of (or potential for) forms and practices of maintenance and care. The design research workshops will be supported by community-led walks, collective lunches, and a series of individual or household-based interviews. Each workshop will produce a series of maps and audio-visual materials that will be eventually showcased at Newham Council’s main venue, fostering a discussion amongst stakeholders – and aiming to influence policy-making, toward a participatory design of the area’s transformation.

Giorgio Talocci is a Teaching Fellow in the MSc Building and Urban Design in Development at The Bartlett Development Planning Unit.

In 1980, Thames TV organised a conference in Wapping in East London in which leading politicians, planners and property companies, as well as HRH Duke of Edinburgh, discussed plans to deal with the estimated 25,000 acres of derelict land in London at the time. This built on a report Thames TV had commissioned as part of their series of “London Looks Forward” activities undertaken in the late 1970s.

This event, to be organised in conjunction with Urban Lab Films, will screen the rarely seen film Wasteland (28 mins, Vincent Stafford) that was produced to accompany the conference. This features a report on widespread dereliction in London during this period, especially in Tower Hamlets; an interview with Michael Heseltine then Secretary of State forthe Environment; as well as a panel discussion with planner Peter Hall, community activist Bob Colenutt, property developer Stuart Lipton and Labour MP Reg Freesom. The film will be introduced with assistance from Rupert Nabarro and David Richards, who researched and wrote the original Thames TV report in 1979, and followed by a panel assessing and reflecting on the changing role and place for wasteland in London in the 40 years since this film was produced. The event will allow new perspectives to be pursued on the dramatic transformation of uses and understandings of ‘wasteland’ during London’s post-industrial restructuring as well perhaps raise some surprising continuities.

Terrain Vague takes its title from a key essay concerning urban spaces written in 1995 by Ignasi de Sola-Morales. This event, in the form of an exhibition and symposium, takes the essay as a starting point and explores the ideas in ways relevant to contemporary practice and discourse. Interstitial urban spaces will be considered in relation to themes of uncertainty, instability, identity and agency.

Graham Gussin is a Lecturer in Sculpture at the Slade School of Fine Art, UCL.

Other projects funded in this round include:

The imminent threat of overflowing material remains has been posted as one of the most evident crises of the Anthropocene. However, the crucial task for the social scientist is not to start research by aligning towards a so-called solution of the problem at hand, but to firstly understand why this problem has been officially considered worthy of being studied. In this sense, this symposium aims to discuss the modern idea of waste and its framing as a ‘problem’, and to provide other perspectives from social groups of different times and places to help frame it differently.

Reframing the waste crisis involves firstly recognising the inextricable links of modern ideas of waste with industry and its technological agenda, social categorisations of dirt and cleanliness, postcolonial inequalities, but also concrete materialities that challenge us. In this sense, it is by understanding other forms of material engagement and epistemologies of waste where the strength of social sciences and humanities lay. We are particularly interested on unpacking the ‘technological solution’ to the current waste crisis and encourage proposals that attempt to challenge or bring a fresh sociological perspective on this issue. These proposals can stem from environmental, archaeological and anthropological sciences to work from governmental and non-governmental agencies already devoted to waste management.

From the Ground Up: Remaking Wasteland - Onya McCausland & Joy Sleeman

Artists and designers develop an intuitive understanding of material agency through their practice-based work, an agency that can take on its own momentum and opens up new research fields that questions our cultural perceptions of materials, reconfigures our existing categories of value and demands consideration of our ethical approach to the material world. Working with the potential of manufacturing wastes, leftovers and byproducts as productive material streams is an area of artistic practice and social science research that is in the vanguard of new understandings of the ways in which these wastes are locally situated, play an affective role in the construction of collective memory and local identity, and how in turn this impinges upon their transformation back into economically productive resources. This interdisciplinary symposium and seminar is grounded in a new collaboration between artist, art historian and social anthropologist, to further their research into the productive capacity of wastes and how the cultural understandings of wastes feed into their economic transformation.

A one-day closed workshop and open roundtable event around the theme of metabolism, growth and waste in Africa. Through the lens of waste, we aim to re-examine projects of metabolic survival and optimisation in/from a continent where growth – of children, crops, forests or economies – has often been fragile and problematically framed.

Metabolism: The ubiquity of carbon talk in the Anthropocene draws together scales and modes of energy/waste generation from forests to jet engines, cities to cow guts. Metabolism – applied literally or metaphorically – calls attention to echoes and interpenetrations, between and within forms of life and nonlife (molecule, organism, ecosystem, economy) and across locations.

Africa/growth: Africa has often been described as a continent of extreme deficiency, vulnerability, dissipation, predation and excess. Growth is a persistent preoccupation, driving sometimes grandiose plans for development but also laborious struggles for nutrition and protection.

Waste: Derived from vastus, a Latin word meaning unoccupied and uncultivated, wastepoints both to the injunction ‘you shall develop’ and to missed opportunities, ‘such a waste’, so often projected on African economies, landscapes and lives. It illuminates hubris, futility and slow violence in projects of engineered growth, but also the risky entanglements of efforts to live better together. We use waste here as an index of metabolic dysfunction, as defined in ambitions for growth (e.g. prone to wasting, wastefulness, inefficiency, exhaustion, or surfeit), and of various by-products, from added value to toxic debris, of metabolic processes and projects.

'Waste' as a Sediment of Reading: the forensic study of historic books - Robyn Adams

This project will bring together scholars of book and collections management to exchange ideas and experiences of finding and recording detritus – waste material - within historic books.

To date, there has been scant attention paid to the non-textual detritus unknowingly left behind during the reading process, i.e. items such as hair (DNA), soot, stains, pollen, feathers. This material can yield clues to the reader and their environment, such as gender, season, storage, etc. Recent external projects have examined the bacterial residue accumulated on the surface of medieval vellum, analysed the DNA of hair trapped in the gatherings of early modern books; have cultured bacteria on pages of eighteenth-century poetry.

Objectives of the half-day workshop will be to spark cross-disciplinary discussion to construct a methodology of recording the visible ‘waste’ material in such a way as the information can be accessed and retrieved for scholarly study. This is towards a larger, long-term study across historic book-collections in the UK and beyond. This study will yield insight into reading practices and reading environments but will also present a scalable and extensible methodological approach for specific historic collections with provenance-related research questions. Crucially, the project repositions what some consider ‘waste’ as the focus of research and discussion.

Dr Robyn Adams is Senior Research Fellow at the UCL Centre for Editing Lives and Letters. The project will be co-convened with Dr Yvonne Lewis (National Trust).

All of these projects will take place in Spring and Summer 2020.