Re-engaging with the histories of place: a report on the EDGE: Border symposium in Folkestone

Once the main pivot for passenger connection between France and England, Folkestone is a town on the littoral edge of the UK, with an urbanism that connects equally with land and sea 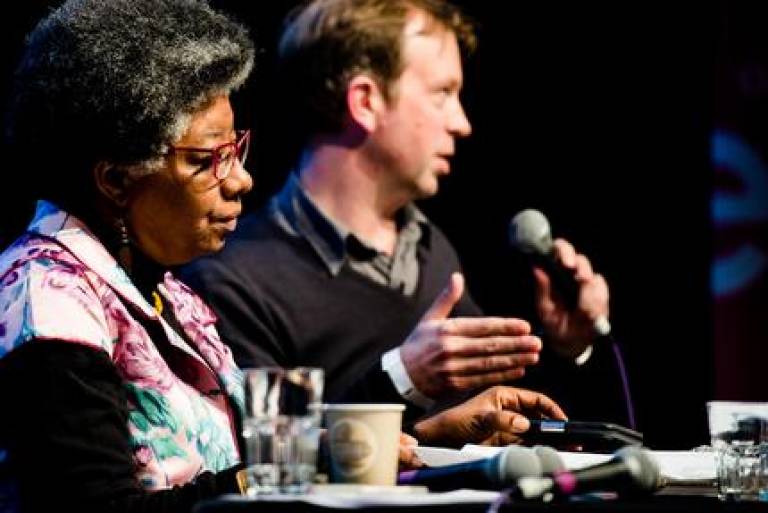 With the more recent construction of the High Speed 1 railway between London and Kent, the town has been gifted the questionable status of dormitory suburb to the Capital.

So what does its future hold (and the future for other places on the 'edge' internationally) as attention focuses on creative-led regeneration processes. A re-engagement with the history, and inclusive debates about their future are key. Irene Manzini Ceinar, an MRes Interdisciplinary Urban Design student at UCL's Bartlett School of Planning, attended our recent one-day Border symposium hosted in the town, and has written an article on our Medium page highlighting the key contributions and offering some reflections of the day.

Border (4 November 2017) was part of a series of events on situated practice and critical and creative placemaking, UCL Urban Laboratory hosted in the autumn of 2017 with the Folkestone Triennial arts festival. Two other events in the series were also held: Gateway, at UCL's Bloomsbury campus (14 September 2017) and Periphery, at Here East on the Queen Elizabeth Olympic Park (7 October 2017). All of the events were supported by the Slade School of Fine Art, UCL and The Bartlett School of Architecture, UCL.