The Art of Dissent: Adventures in London's Olympic State

This new book, edited by Hilary Powell and Isaac Marrero-Guillamón, brings together a body of work that has emerged in response to the arrival of the Olympics in East London. 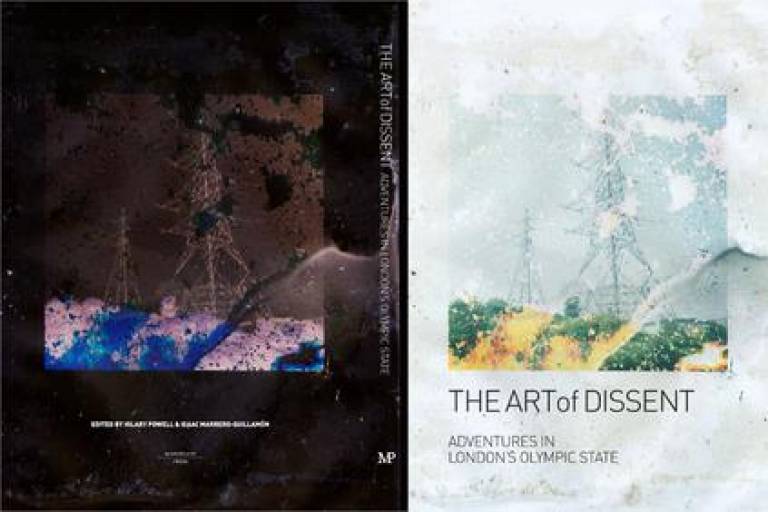 Hilary Powell (AHRC Fellow at the Bartlett and UCL Urban Lab Steering Committee member) and Isaac Marrero-Guillamón (Birkbeck College), bring together a body of work that has emerged in response to the arrival of the Olympics in East London.

Featuring contributions from a range of artists, film makers, photographer and writers including Stephen Gill, Iain Sinclair and Ben Campkin (UCL Urban Lab Director), the book brings together artistic and cultural projects that emerged in response to the London 2012 Olympics and the associated large-scale regeneration of East London. It intervenes in the dominant discourse, language and images surrounding the Games, engaging critically with the changing landscape of the Lower Lea Valley. Land grab, displacement, militarisation, privatisation, sponsorship and branding are explored through essays, photography, film, poetry, fiction and installation art, presenting a unique contribution to the debate around the politics of urban space and regeneration through an interdisciplinary range of work.

The Art of Dissent is now available to buy directly through Central Books or at many associated events over the summer, including 'Picturing the Olympics', a panel discussion on the relationship between images and the city in the context of the London 2012 Olympics. Co-chaired by Ben Campkin and Rebecca Ross (Urban Lab International Advisory Board member) in collaboration with the editors, the event will take place at 6.30pm, Thursday 21st June at Birkbeck College, Room B20.