State of the Legacy: 2 day conference 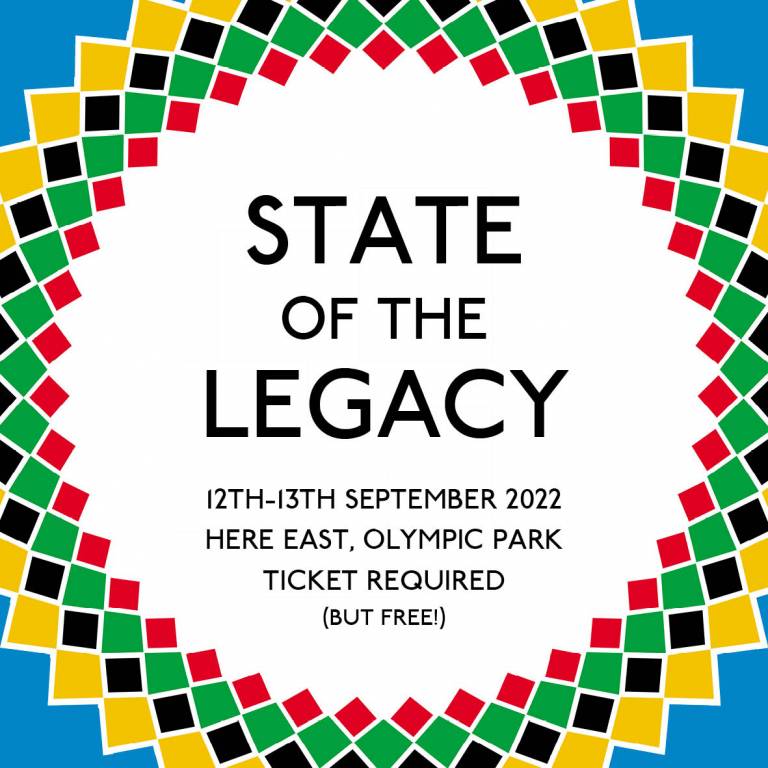 2-day conference interrogating a decade of ‘Olympic Regeneration’ in East London, a decade since the London 2012 Games.

In September the UCL Urban Laboratory will be hosting a 2-day conference interrogating a decade of ‘Olympic Regeneration’ in East London, a decade since the London 2012 Games. This event, in collaboration with UCL IGP, Cardiff University, Oxford Brookes and the University of East London, is free and open to the public, and based at Here East in the Queen Elizabeth Olympic Park.

The event will analyse the games' effects in the context of longer processes of social, economic, and physical transformation in east London over the last 40 years, and explore the changing urban political imaginaries and policy agendas that have shaped approaches to regeneration practice and research  during that time. It will  foreground a variety of voices and perspectives and identify evidence-based lessons relevant to future urban planning and regeneration in both the UK, and other Olympic host cities.

The Olympic Legacy Conference is part of a series of initiatives that aims to both strengthen community connections and co-produce knowledge that is embedded in the vibrant, pre-existing social, cultural, and political context of east London alongside local people, organisations, and stakeholders.

Sessions will include a range of formats, from research papers and presentations, to film, storytelling and visual media, as well as Q+A discussions. The conference will also feature the launch of a 'State of the Legacy’ report, produced by academics from a range of disciplines and institutions.If you have any access requirements, questions or concerns about this event, please get in touch at urbanlaboratory@ucl.ac.uk