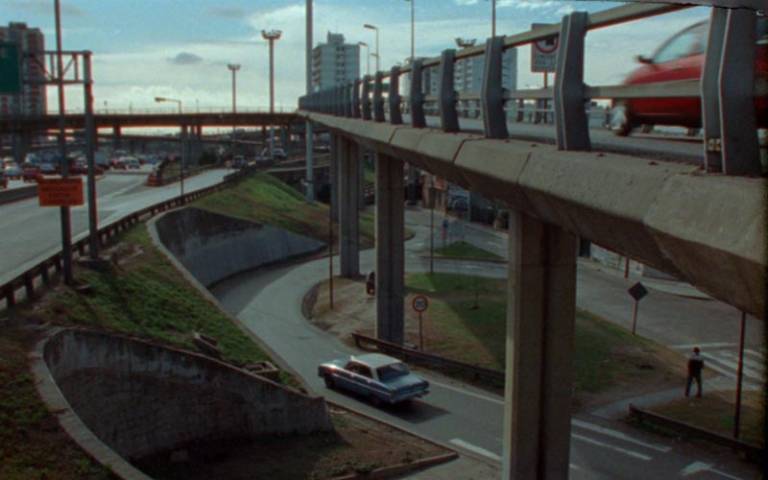 This opening screening showcases a number of exemplary urban shorts from across the globe. From Lisbon to London and New York to Buenos Aires, the films share intriguing takes on their subjects with an inquisitive eye on the city, its successes and its failures, its people and its spaces.

This short film programme will be followed by a conversation with the filmmakers Eva Weber and Manuel Ferrari with Laura Rascaroli, Professor in Film & Screen Media at University College Cork.

Through a window in Lisbon the city manifests itself, distracted from its industrial past. An exterior is meticulously renovated in preparation for the arrival of great visitors. Janela (Window) is a documentary filmed from home, reaching as far as the camera’s zoom. View the trailer.

Part city symphony, part visual poem, The Solitary Life of Cranes explores the invisible life of a city, its patterns and hidden secrets, seen through the eyes of crane drivers working high above its streets.

Within the loose structure of a day, starting with the drivers climbing up at dawn and ending with them coming down after a nightshift, the film observes the city as it awakens with a bustle of activity, through the lull of midday, before the manic rush in the evening, until it calms down again deep into the night. Throughout, the drivers share their thoughts and reflections on London and life in general. What emerges is a lyrical mediation about how our existence is shaped through the environment we inhabit, both for the drivers high up in the sky and the people on the ground they are watching. View the trailer.

Hudson Yards is the largest private real estate development in the history of the US. A future home to absolute luxury and extravagance, it is a space which shapes the daily lives of some of New York City’s ‘invisible’ inhabitants: construction workers. Although they are one of the most essential components of the project’s realisation, the construction workers will hardly be able to access it upon completion. Work captures the everyday lives of the workers, from the subway to the construction site and the space in between, attempting to offer a new perspective on the city – one that ‘we’ don’t often see. View the trailer.

A film about expansions and colonies, taking its inspiration from the reports written by the first European visitors to arrive at the Rio de la Plata. The Expansions travels in time and space: from the contemporary European ports from which these visitors’ vessels departed to contemporary Buenos Aires. Past, present and future are entangled in the context of contemporary urban landscapes.

Image: 'The Expansions' by Manuel Ferrari