Urban Lab Films: Guarded Elites and Paranoia in the City 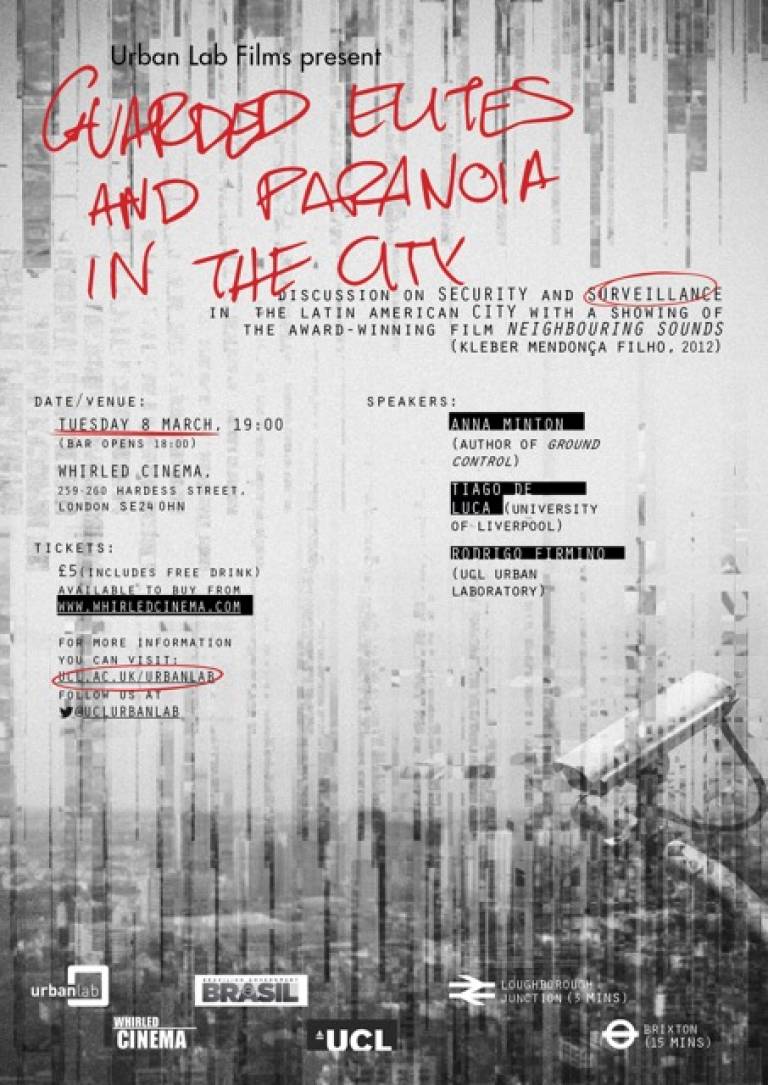 The winds of global capitalism and recent economic prosperity brought about some complex clashes between modernity and a colonial culture of masters and servants in countries like Brazil, Mexico, Colombia, and many other fast-growing emergent nations. Placemaking in these countries is a process marked by constant tensions in the simmering relations between the parties in an ever more complex social stratification. Upper and middle classes, working and low-income classes, dispute power and protagonism in the making of urban spaces and territories. Fear and paranoia contaminate the vision of "the other" and help defining commonalities and separations

Award-winning Neighbouring Sounds pictures this complex phenomenon through the slow building of characters and their connections to one another in an affluent neighbourhood in the city of Recife, Brazil, as it takes an unexpected turn after the arrival of an independent private security firm. The presence of these men brings a sense of safety and a good deal of anxiety to a culture which runs on fear.

The screening will be followed by a discussion and Q&A, chaired by the organiser Rodrigo Firmino (Urban Laboratory Honorary Senior Research Associate). The panel includes:

Tickets cost £5 and include a free drink on arrival. Please book tickets on the Whirled Cinema website.

Doors open at 18.00 and the screening begins at 19.00. Food can be ordered on arrival from Firezza. We are happy to be presenting this screening with support from the Embassy of Brazil in London.