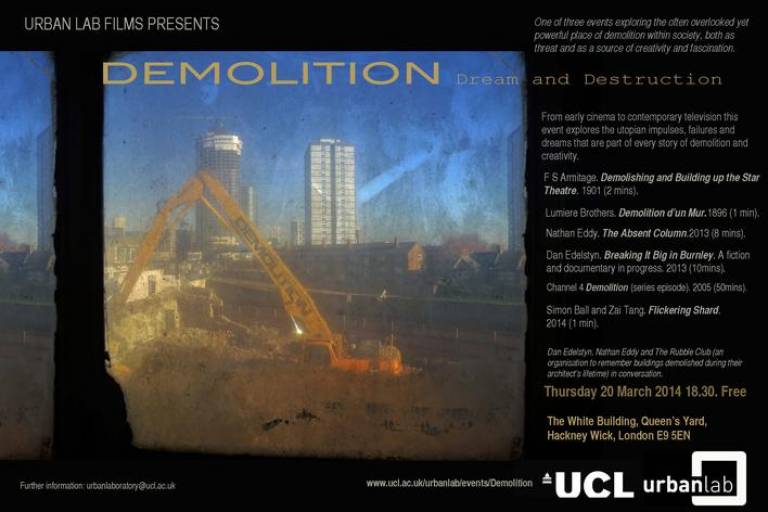 Join us for the final event of Urban Lab Films DEMOLITION season, 'Dream and Destruction' at 7pm on Thursday 20th March at the White Building in Hackney Wick. We will be screening films of demolition from early cinema, through documentary to contemporary format television, this event explores both the ongoing human fascination with the spectacle and the utopian impulses, failures and dreams that are part of every story of demolition and creativity.

Dan Edelstyn, Nathan Eddy and The Rubble Club (an organisation to remember buildings demolished during their architect's lifetime) will be in conversation.

The event is free and open to the public. The White Building in Hackney Wick is easily reached from Central London and surrounding areas (more information here). The DEMOLITION season examines the often overlooked yet powerful place of demolition within society, both as threat and as a source of creativity and fascination. For more information please contact urbanlaboratory@ucl.ac.uk.