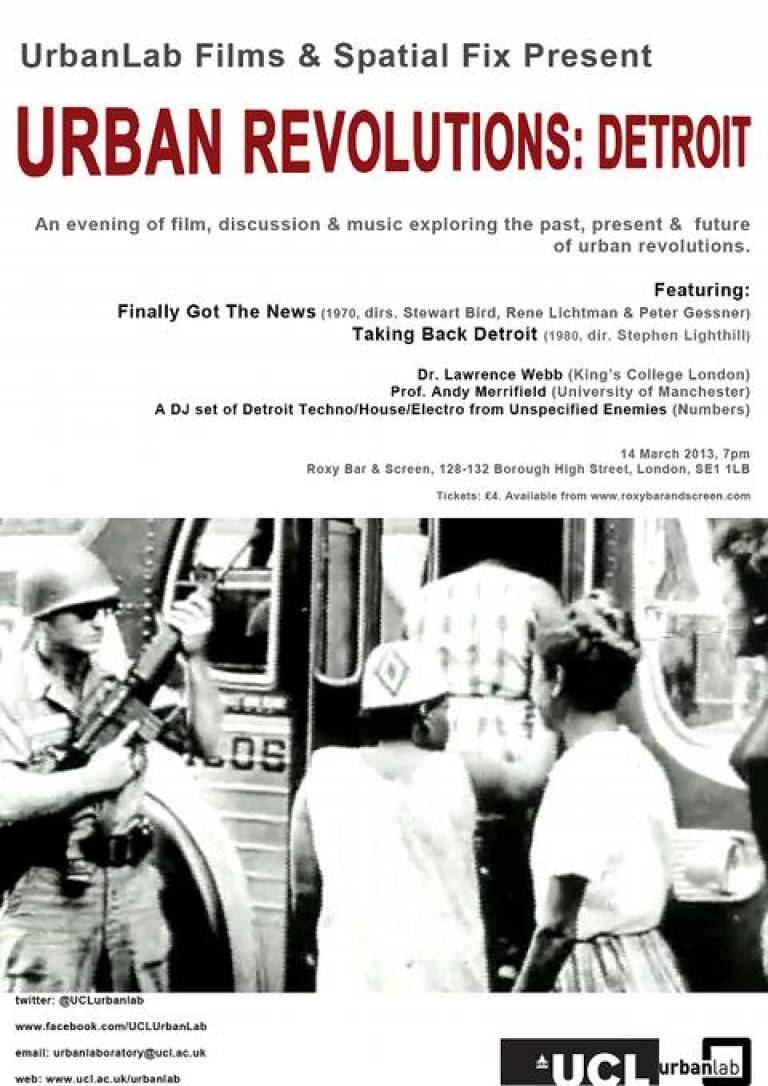 An evening of film discussion and music exploring the past, present and future of urban revolutions.

Finally Got the News (1970, dir. Stewart Bird, Rene Lichtman and Peter Gessner). Produced in association with the League of Revolutionary Black Workers.

In the sixties and seventies Detroit was famous for its cars, music and riots - but less well known is that the Motor City also generated a new type of revolutionary politics that confronted the urban crisis head on.

The 1970 film 'Finally Got the News' documents the climate of resistance and racism that gave rise to the Dodge Revolutionary Union Movement, and the League of Revolutionary Black Workers.

Through interviews with the members of the movement, footage shot in the auto plants,  the film documents their efforts to build an independent black labor organization at an urban scale to resist the exploitation faced by both black and white people in Detroit.

Following the film there will be an open discussion with the urban philosopher Andy Merrifield about urban revolutions past, present and future. And an opportunity to continue the discussion in the bar complemented by the sounds of Detroit techno, soul, r&b, hip-hop, punk and electro.

Tickets: £4. Available on the door or here.