The Political Unconscious of Architecture: Book launch and panel discussion 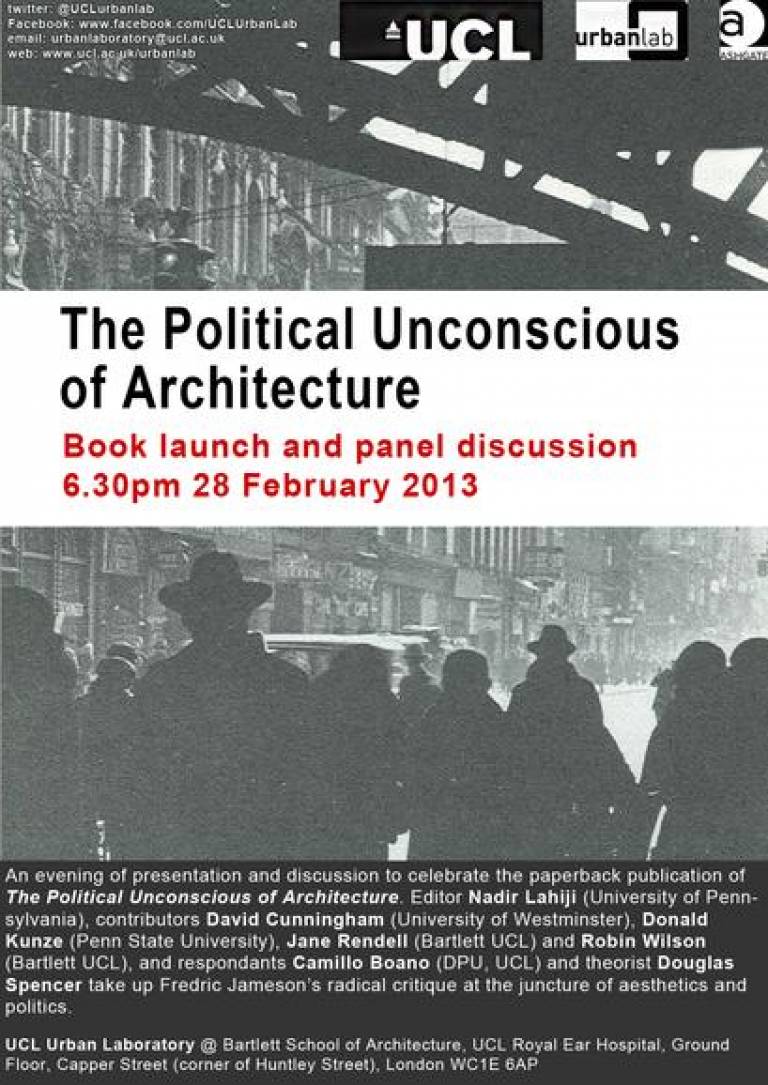 Thirty years have passed since the publication of Fredric Jameson's The Political Unconscious: Narrative as a Socially Symbolic Act, in which he insisted that 'there is nothing that is not […] in the last analysis political'. Nadir Lahiji's edited collection The Political Unconscious of Architecture (Ashgate 2011), including scholars such as Xavier Costa, Joan Ockman and Slavoj Žižek, explores the legacy of Jameson's critical project of the 'political unconscious' and its application in architecture and urbanism. In an evening of presentation and discussion to celebrate the paperback publication of this volume, editor Nadir Lahiji (University of Pennsylvania), contributors David Cunningham (University of Westminster), Donald Kunze (Penn State University), Jane Rendell (Bartlett UCL) and Robin Wilson (Bartlett UCL), and respondants Camillo Boano (DPU, UCL) and theorist/critic Douglas Spence, take up Jameson's radical critique at the juncture of aesthetics and politics, asking such questions as: Is architecture a place to stage 'class struggle'? What role does the political unconscious play in critiques of the built environment? And how do the terms 'the critical' and 'the negative' currently function in the discourse of architecture?