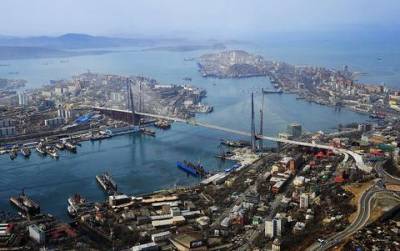 The paper examines the policy towards international higher education and approaches to organizing it in Vladivostok. Having been founded (1860) in the middle of Asian influence with China, Korea and Japan as the closest neighbours, the city has got solid international traditions. The first regional higher school, the Oriental Institute (1899-1920, then Oriental Faculty at the Far-Eastern University), gives a vivid example how educational institutions can become communication centres for the people of neighboring countries. Later on the status of the Russian Pacific Navy base had prevented the "closed city" Vladivostok from being international for more than 30 years (1958-1991), but the old traditions remained.

The geographical position of the city, much closer to the Far East countries than to Moscow, has determined its higher school developing with a predisposition to Oriental studies and cross-cultural communication. It has proved to be efficient serving today as the basic factor for attracting international students and cooperation of Vladivostok universities and those of the Pacific Rim countries. Competing with American and Asian universities and developing the educational cooperation on the local initiative, but not within intergovernmental agreements, Vladivostok higher schools have to think of courses which are best responded to the international students' demands. The suggestion is to implement regional-oriented courses in English (such as «The Russian Far East» at Vladivostok University of Economics and Services) and short vocational courses, both can promote further professional cooperation in the region.