Beyond the syllabus: prefiguration and practice-based knowledges 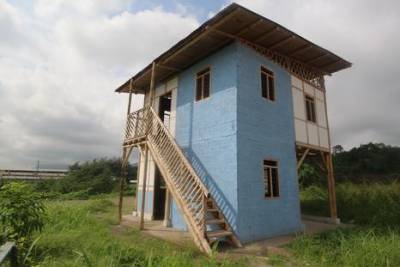 The staging of post-neoliberal manifestations, revolts and unfinished transitions in South America and Europe, ignited a process of urban experimentations and accelerated the dissemination of new forms of urban activism and spatial practices. The profusion and dynamism of these practices was matched within academic clusters by extending the notion of laboratories and engaging with modes of knowledge co-production.

This paper seeks to deepen the frames for academic experimentation and political engagement by borrowing from urban activists and social movements the notion of prefiguration. It argues for the need to disrupt the contours of the syllabus and the classroom by positioning urban practices as sites of co-produced knowledge. This is supported through the analysis of two different research projects. First the setting up of a jointly taught knowledge platform between the Manchester Architecture Research Centre and the Faculty of Political Science in Rosario, Argentina. There, students from a wide range of disciplines from both cities, together with social movement GIROS, fulfilled course requirements by using research methodologies and engaging with live urban projects and conflicts in Rosario and Manchester. The second examines a research project that fostered the creation of an architectural research practice with post-graduate students from the Manchester School of Architecture. The practice focuses on the recuperation of techno-popular knowledges and has engaged in the design of three, highly adaptable and expandable, housing prototypes in the popular settlement of Monte Sinaí, in Ecuador.