UCL’s brand new campus on Queen Elizabeth Olympic Park has been praised for its contribution to east London by local MP Stephen Timms, who toured the site ahead of its first building opening this autumn. 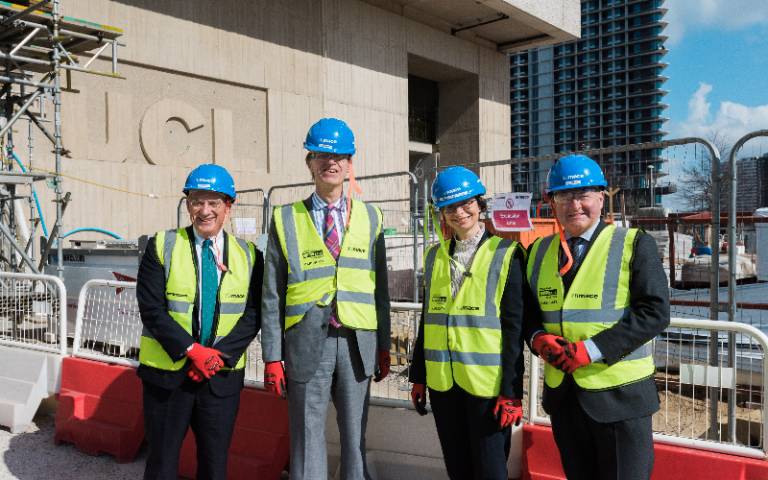 UCL East will give the UCL the additional scale and space we need to bring together the public, scientists, students, business and industry to create the knowledge and tools needed to tackle the challenges of tomorrow’s world. 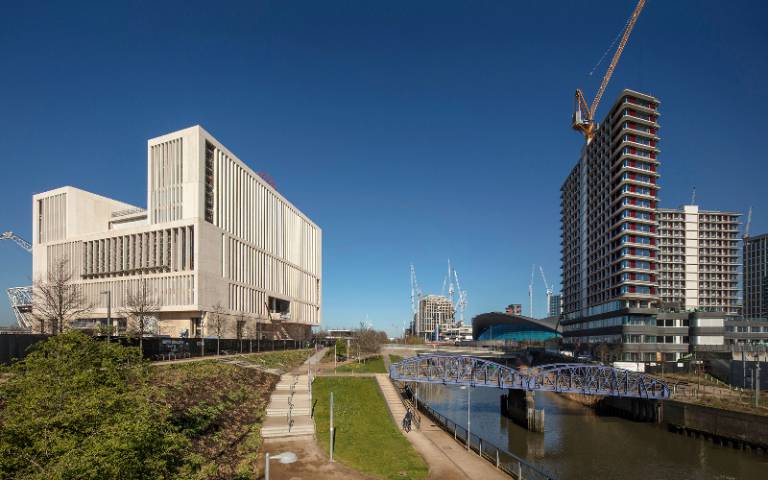 Part of the London 2012 legacy education and cultural development at East Bank, the campus will be home to cutting edge new research centres on topics ranging from robotics and artificial intelligence to urbanisation, sustainability, disability, heritage and global health. UCL academics have been working with partners across the Olympic boroughs for several years to tackle local challenges and community engagement will be integral to research and learning across the new campus. 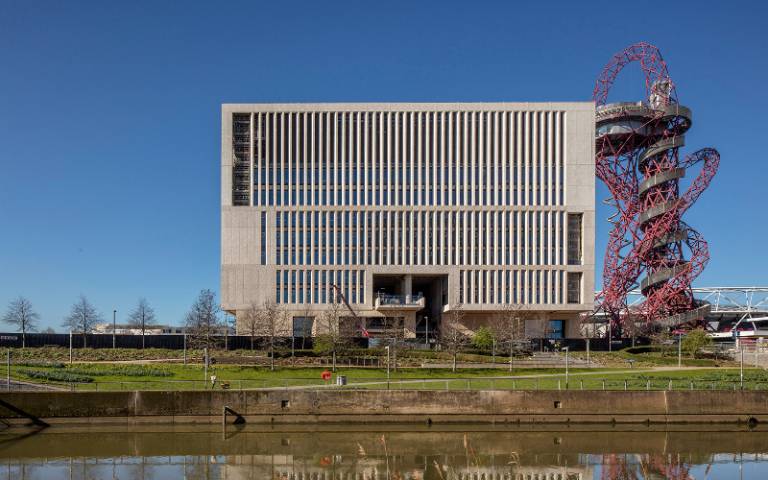 The Labour member for East Ham toured the interior of the magnificent UCL East Marshgate building that stands next to the ArcelorMittal Orbit and London Stadium. It comprises a vast atrium and eight floors that will house state-of-the-art cross-disciplinary research labs, learning and teaching areas, exhibition spaces and public art, collaboration spaces as well as fabrication workshops and the Institute of Making, plus a library, a refectory and quiet contemplation and prayer space. 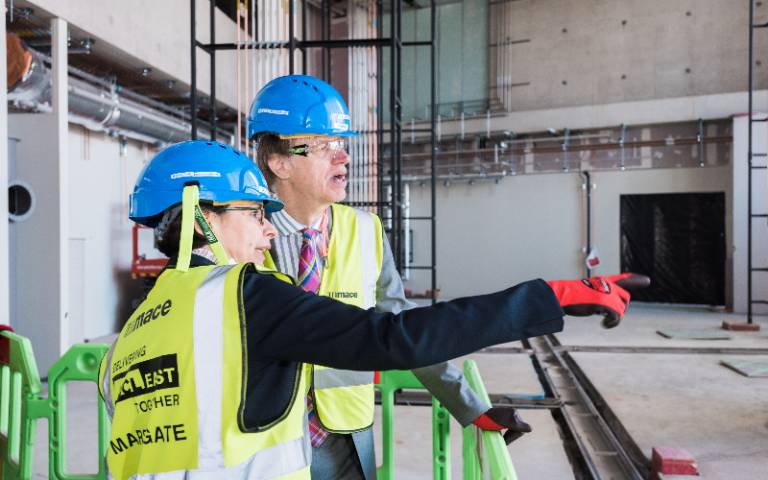 From Marshgate, Stephen Timms then viewed the exterior of UCL East’s twin towered One Pool Street building opposite, which will open this autumn just along the river from the London Aquatics Centre. Alongside a creative art studio, multi-disciplinary research labs, and a lecture theatre doubling as a cinema, it will include an urban room for public engagement as well as a shop, café and accommodation for more than 500 students.

Marshgate will complete the first phase of UCL East when it opens in the autumn of 2023.

The tour also saw the MP and UCL staff meeting a group of young apprentices from east London who are working for the construction company MACE on the Marshgate campus building as part of UCL East’s commitment to employment and training opportunities at East Bank. 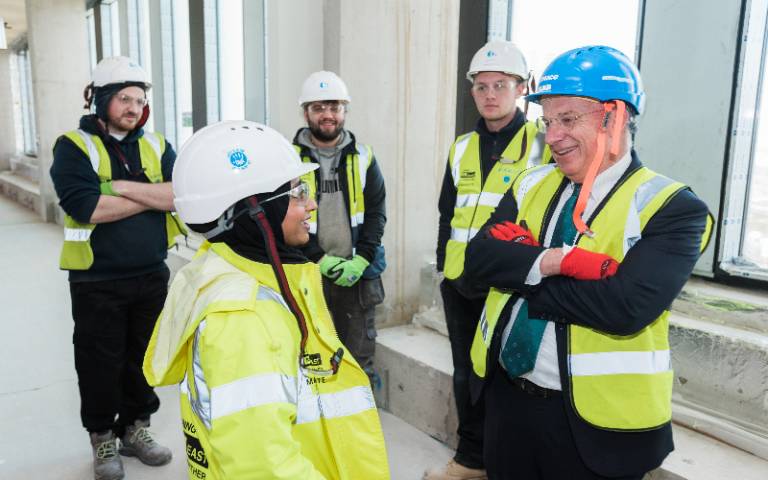 Stephen Timms MP said: “I thoroughly enjoyed my visit to UCL East. The buildings are really striking. UCL’s new campus will provide a major hub for learning, research and innovation for this part of London for decades to come. It is an excellent contribution to the fastest growing part of London.”