An upcoming UCL East Lunch Hour Lecture will introduce the City Mill Skate project, which is working with east London artists and skateboarders to form part of the UCL East campus, and discuss its relevance to skateboarding, public space and urban design worldwide. 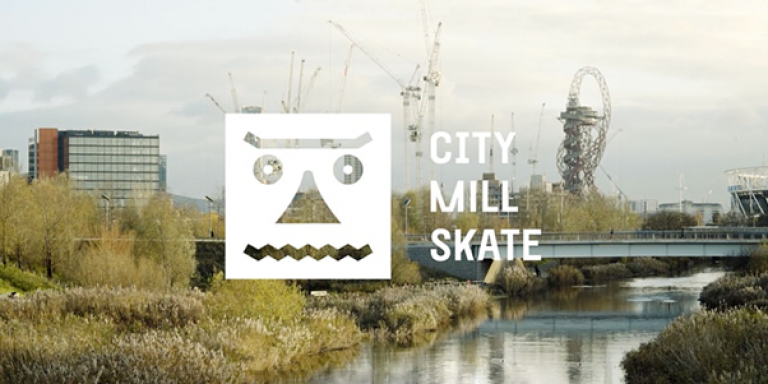 Through co-creation with local artists and skaters and with an emphasis on making these skateboarding spaces accessible for all, the project aims to democratise the street and involve local creative communities in making UCL East a great public space.

During the 2020 lockdown, after a series of pilot workshops, DIY model-making kits were sent to interested participants in the local community so that they could design their own ‘skate dots’.

The idea of a ‘skate dot’ is that it is a feature of the built environment that is ‘skateable’, while a non-skater may not even notice its use for skateboarding. These ‘dots’ can form a path through the UCL East campus, like a sculpture trail or nature walk.

The DIY kits were used to create some fantastic and creative concept designs for potential skate dots, which can be seen in the recent piece on the project in Grey magazine.

Prof Iain Borden, Professor of Architecture & Urban Culture and Vice-Dean of Education at the Bartlett, UCL, is the world’s leading academic on skateboarding and its politics, and a skater himself. He played a key role in the inception of City Mill Skate by advocating for a more progressive and inclusive public space surrounding UCL East’s buildings through encouraging the skateboarding community onto campus.

Iain, who published a book, Skateboarding and the City: a Complete History (Bloomsbury) in 2019, believes the City Mill Skate project is particularly novel and exciting because of its method of “co-production or co-design of what a skateboarding space might be”; this type of engagement with the local community is a substantial shift from traditional public consultations.

In addition, attracting the skateboarding community to a public space can result in a greater diversity in people using the space. Due to low costs, the lack of requirements for organisation as with team sports, and frequent links with other creative communities, skateboarding can involve people from a great variety of backgrounds.

Iain says that “there is a sense of UCL leading the way in thinking about how urban space is configured”, which is a challenge for both skateboarding and urban planning more generally. As such, he argues that initiatives such as City Mill Skate are important for cities in thinking about what creates inclusive, welcoming, and diverse public spaces.

The City Mill Skate project is led by Dr Esther Sayers, Senior Lecturer in Education, Head of MA Arts and Learning programme at Goldsmiths, and Sam Griffin, who is an artist, writer and researcher, and UCL alumnus.

In their upcoming talk, Esther, Sam and Iain will explore the relevance of City Mill Skate to skateboarding, public space and urban design worldwide, in what is sure to be a fascinating discussion. The Lunch Hour Lecture will be at 13:00 on Tuesday 15 June 2021.

Register for the talk now