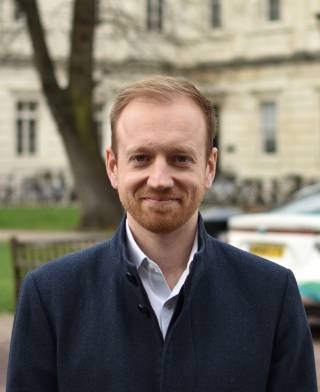 Michael is a highly experienced engineer in the field of automotive electrification. He is academically trained to PhD level in electrified powertrains and specialises in lithium ion batteries and hydrogen fuel cell technologies. He also has extensive experience and seat-time testing high performance vehicles using hybrid and conventional ICE powertrains.

Michael gained his BSc from Sheffield Hallam University in 2006, and received his MSc from DeMontfort University’s Institute of Energy and Sustainable Development shortly after. His PhD looked into PEM fuel cell degradation in automotive applications, and was awarded by Loughborough University in 2016.

Since then, Michael has supported and developed fuel cell research at Loughborough University as a Research Associate. He then worked in the areas of battery and fuel cell engineering as a senior researcher at UCL, while also holding the position of Contributing Editor at one of the world’s largest supercar magazines, and more recently became an invited contributor to Driving Electric magazine in the UK.

He joined the UCL’s Electrochemical Innovation Lab in December of 2017, and in 2018 moved to UCL’s Office for the Vice-Provost (Advancement) as Director of Strategic Alliance for the APL.

I believe the world’s biggest challenges will only be solved when we move beyond traditional academic boundaries. At UCL East, we will break down barriers between faculties and disciplines, bringing researchers and students together with industry and local communities in buildings designed for experimentation and collaboration.” – Professor Paola Lettieri, Academic Director for UCL East

If you have any queries about our academic planning and vision, please email Katherine Fletcher, Senior Academic Planning Co-ordinator, UCL East: katherine.fletcher@ucl.ac.uk

For questions related to a particular academic entity, please find the contact details of the Academic Lead on the relevant entity page.

Two buildings will form solid foundations to the UCL East campus, with state-of-the-art facilities designed to promote collaboration, experiential learning and innovation. Construction on both buildings has now started. Find out more

Located within the UCL Faculty of Laws, the Centre for Access to Justice combines innovative teaching and research-based learning with the provision of pro bono legal advice to local communities. Find out more about its Integrated Legal Advice Clinic in Stratford, east London.

Our new campus will be open, accessible and publicly-engaged, with spaces that can be shared and used by those who live, work or study in east London. Find out how we have taken an active part of our new local community, and how you can join our engagement activities.

UCL East is a founding partner of East Bank, the new cultural and education district on the Olympic Park. We will be joined by world-renowned institutions such as the V&A, Sadler’s Wells, the BBC and UAL’s London College of Fashion – with an ambition that is even bigger than the sum of our parts.