What stars have done for us

from astrology to astrophysics. 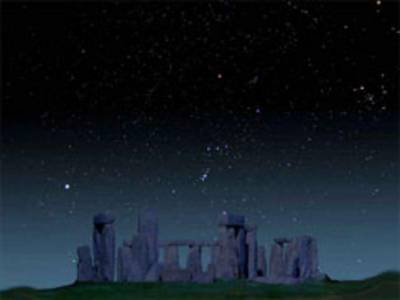 Humans have marveled at the night sky for thousands of years. Early astrological beliefs state that our destiny is controlled by the stars in some magical way. Humankind seems to need to establish a link with the stars, which appear to be eternal ­ as we humans would like to be. However, as described in this lecture, the fascinating discoveries of modern astrophysics establish that our links with the stars are much closer and even more magical than we could ever think. Like people, stars have their own lives and in the lives of stars we find not only our destiny, but the origins of everything around us, including ourselves.

This lecture is usually followed by an open discussion/debate in the theatre or in a separate room with a smaller group. It could also take the shape of a cafe scientifique discussion.

The lecture lasts about 50 minutes and it is aimed at audiences older than 12 years, but it can be adapted to younger ones.