Dr John Potter (IOE) talks about the value of learners being creators of media as well as consumers as it helps “bring subject matter alive and increases engagement”. 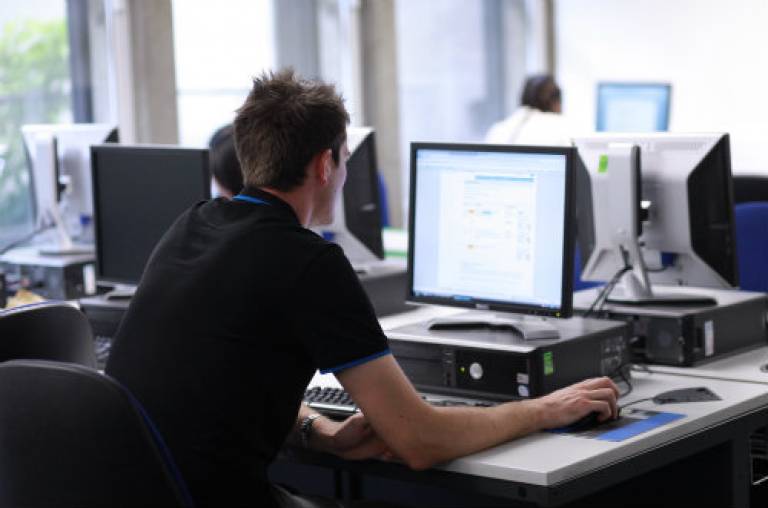 This interview is part of the ‘Lecturers on Video’ research project for Digital Education and Digital Media. The project, conducted in 2015, investigated how and why lecturers use video and what their future video requirements are for successful student teaching. A questionnaire was developed and an education producer, Dr Mike Howarth was commissioned to produce the content for the UCL Lecturers on Video research project.

The pedagogical benefits of video making

But also in and around production it's been documented often that the group work is really important and significant for all sorts of reasons: especially the problem-solving of working with video. But it happens all the time with some video making; teamwork and group work involve finding ways in which it's possible to have parts to play for a whole range of people within a production team, either behind, in front of or around the camera: producing, directing, acting or scripting. It has enormous benefits mappable back onto education.

We give them a shot list and then they have to put the shots together. They involve all sorts of things: cutaways, close-ups, two shots, establishing shots, etc and then they put it together. They don’t shoot with any sound. They add the sound later. They can add a narrative voice as well, we have facility to do that. We do not have facilities for them to record live sound out on Waterloo Bridge for example. But they write a commentary based on the decisions that they made in the edits to tell the story.

We assess all this by marking together – it is double marked and so one lecturer focuses on one thing, and one on another. Then the marks are reconciled; there is a sheet that we used to do this.

Feedback is varied – but positive

Student reactions are surprisingly different but typically there is surprise in how difficult something apparently simple is. So they will start by saying 90 seconds is easy and discover it's not easy; certainly not in a day. It’s highly pressured.

They have the “if only” paragraphs as well as “if I had more time” or “a bigger budget” or “helicopters”, “I could do this or I could do that.” We asked them to be highly reflective and their reactions are often delight and surprise in equal measure.

It’s applicable to any subject field

"The idea is mappable onto a student doing a formula or theorem or any idea really because it's a simple three-part stage, where you do a shot and you talk and then you show something and then you talk again at the end. It's a way for the brain to see from the audience perspective how things are connected together: how an idea leads to a practical application and then back to some kind of summary.

Using very simple 123 cuts and with most viewing now done online with short YouTube clips, there is no need any more to be thinking that you're making the next Battleship Potemkin or whatever you regard as the inner epitome of filmmaking. You're making a very short clip with high impact and very low resource. It will bring subject matter alive and increase engagement I am sure of it.

I think the main point I would like to make would be around the fact that there is a myth that it's very easy to do. It is not easy to do but it shouldn't bar you from having a go. I think you learn by doing and you learn iteratively in making video and you learn alongside students as students learn alongside you. They will tell you what doesn't work and they will help you to do things. That’s one of the benefits of video. It is a completely collaborative experience."

More in this series of video tips