Helping students to license the online products of their assessed work

What happened when staff on one module encouraged students to openly license the online products of their assessed group work? Dr Mira Vogel (E-learning Environments) reports. 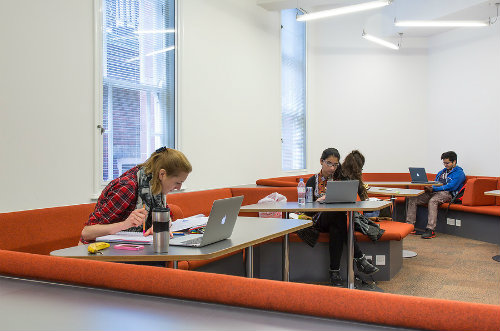 Object Lessons is a module in Bachelor of Arts and Sciences at UCL.

In keeping with its object-based nature and emphasis on inquiry and collaboration, part of the assessment is a group research project to produce a media-rich online exhibition. Because the exhibitions are lovely and shine a light on multimodal assessment, the teaching team are frequently approached by colleagues across UCL with requests to view them.

In considering how to get students’ permission for this, Leonie Hannan (now at QUB), Helen Chatterjee and I quickly realised a few things.

One, highlighted by an exchange with UCL’s Copyright specialist Chris Holland, was that the nature of the permission was hard to define and therefore hard to get consent for, so we needed to shift the emphasis away from staff and the nuances of their possible use scenarios, and onto the status of the work itself.

Another was that since the work was the product of a group and could not be decomposed into individual contributions without breaking the whole, consent would need to be unanimous.

Then there was the question of administrative overhead related to obtaining consent and actually implementing what students had consented to – potentially quite onerous.

And finally the matter presented us with some opportunities we shouldn’t miss, namely to model taking intellectual property seriously and to engage students in key questions about contemporary practices.

We came up with four alternative ways for students to license their work ranging incrementally from open to private. We called these:

You can read definitions of each alternative in the document ‘Your groupwork project – requesting consent for future use scenarios’ which we produced to introduce them to students.

As part of their work students were required to discuss these, reach a unanimous consensus on one, and implement it by publishing (or selectively, or not at all) the exhibition and providing an intellectual property notice on its front page. That way staff would not have to collect consent forms nor gate-keep access.

Before we released it to students I circulated the guidance to two Jiscmail discussion groups (Open Educational Resources and Association for Learning Technology) and worked in some of their suggestions.

A requirement that students include a statement within the work itself reduces the administrative overhead and, we hoped, would be more future-proof than staff collecting, checking off and filing paper records. While making it clear that students would not be at any deficit if they chose not to open their work, we also took a clear position in favour of Creative Commons licensing – the most open of our alternatives, since as well as flexibility and convenience it would potentially lend the work more discoverability and exposure.

What did the students choose? In the first iteration, out of ten groups:

We haven’t yet approached the students to ask about their decision-making processes, but from informal conversations and reading some of the intellectual property statements we know that there are different reasons why half the students decided not to make their work open.

One was the presence of elements which were not themselves open, and therefore could not be opened in turn. From evaluations of a number of other modules, we know that the students were not generally all that enthusiastic about the platform they were asked to use for their exhibition (Mahara, which is serviceable but vanishingly rare outside educational settings).

This may have contributed to another factor, which was that not all group members felt the work reflected well on them individually.

Then there’s the matter of deciding to revoke consent, which is something individual students can do at any time.

In the context of group work we decided that what this would mean is that if any group member decides at a later date that they want to reduce openness, then this effectively overrides other group members’ preferences. That doesn’t work in reverse though – a student can’t increase openness without the consent of all other group members.

So here we are privileging individuals who want to close work, although we do encourage them to consider instead simply ending their association with it. We have yet to find out how this state of affairs works out, and it may take quite a while to find out. But so far it seems stable and viable.

We would be very interested in your views, suggestions and any experiences you have had with this kind of thing – please do get in touch (details below).

Particular thanks to Pat Lockley and Javiera Atenas for their input.