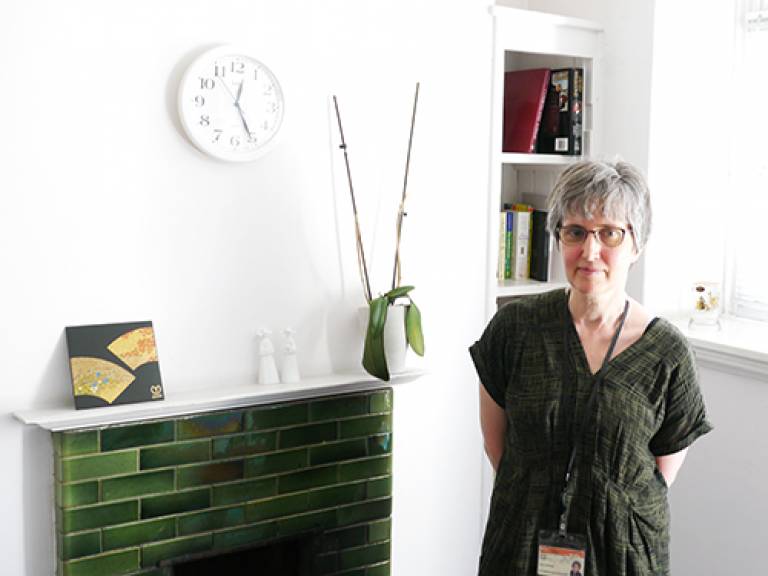 Like so many courses, the first-year Fundamentals of Biology module was originally designed to finish with a standard written exam. That was until the course tutors decided there was a better way.

Instead of sitting a test, students are challenged to design, conduct and present their own laboratory research projects. It’s an exciting proposition for a first-year undergraduate and, according to Dr Hazel Smith, it teaches them far more than revising for a written exam.

“It helps prepare them for the research work they will do in their third-year,” said Dr Smith, Faculty of Life Sciences.

“Research projects are the best experience they will have in terms of learning to be part of a workforce, interact with people, develop ideas and be critical about it. I feel it’s best to start them off early.”

So how does it work? Dr Hazel Smith broke down the two-week project into six stages

The research project takes place over two weeks – one week in the lab and one week drafting a paper. We’ve based the format on projects students have been doing on our field courses for many years.

In the lab, though, we had to think carefully about the organisms we were going make available. Eventually we opted for flies and fission yeast, as they were already familiar to students and could be used in experiments that would generate data in just a couple of days.

We used a session to introduce a few ideas, including looking at aging-related traits in fission yeast and the significance of eye colour in flies. The first two days were then spent learning to manipulate the organisms. Everyone had a go at the different techniques and then formed groups and defined their projects.

We thought they would stick to a few simple hypotheses, but they started thinking far more broadly and came up with lots of interesting ideas.

I was impressed by the ingenuity the students showed when designing their experiments.

There are lots of potential problems in dealing with organisms – issues that you wouldn’t think about when reading about experiments in textbooks. This project introduced them to the real nuts and bolts of research work.

One of the experiments they chose was an investigation of the effect alcohol consumption has on mating success among flies. Selecting male and female flies, anaesthetising them, putting them together and then allowing time for the anaesthetic to wear off was just one practical problem they had to overcome. Similarly, how do you expose flies to alcohol without letting them drown in it? In the literature, it sounds so simple.

We were available to offer advice while students worked on the practical experiments, and at that point some were already asking about analysis.

We also held a seminar on statistical analysis. During this one-hour workshop, we presented tests they could do and then discussed methods and approaches.

They didn’t have long to do the data analysis – about half a day – which showed the benefits of working in a group; you can get a lot more done in a short time.

A poster session is a good way for researchers to informally present their data.

We explained to the students the types of content a poster should include – a title, an abstract, results and conclusions – and set them the task of producing posters that were clearly laid out and visually engaging.

They had to present to each academic in a conference hall situation and then discuss and defend what they had done.

The value of the exercise was that it got them to present as a group and deal with their work being put under scrutiny. Creating the posters is also a good exercise in marketing an idea and editing information.

Students had the second week to write up their individual papers.

Writing a formal scientific paper is not an intuitive task. Like a sonnet, a paper has rules. There are certain things that need to be included in a set structure.

To guide the students, I gave them a short talk at the end of poster session and published a lot of information on the Moodle site, including a breakdown of the marking scheme and a copy of the guidance we would give to the markers.

I also gave them links to two papers on related issues. They found sticking to the word counts tough, so it was helpful to direct them to real examples of papers and say, look, this is how you can do it.

If I did it again, I would give them a workshop on paper writing similar to the data analysis one, to make the process and the format more clear. However, even without this, I think the detailed feedback this year’s students received will help them a lot with reading and writing papers in their second year.

The quality of papers was very good. In our faculty, a mark of 80 per cent represents work that is potentially publishable, and some were in the high 70s. The average mark was 68. That’s high compared to the average for a first year modules (about 63), and it’s very much deserved.

In terms of feedback from the students, 90 per cent agreed that doing the project was intellectually stimulating and that they felt more confident in tackling unfamiliar problems as a result. Overall, I feel using this approach has been a success.

Giving students the opportunity to conduct research is valuable as it pushes the students and gets them away from rehashing the research of others. Here, the determinant of success wasn’t how well they could pull other sources together into an essay. It was to what extent they were able to come up with interesting questions and get answers to them from their own experiments and not from Google.

It also gives them an insight into what research is like – how mundane and detailed the challenges are – and of course there are plenty of transferable skills, such as the ability to present information, work in groups and solve problems. For a course like Fundamentals of Biology, which aims to get students thinking deeply about their subject, it’s a big improvement on a written exam.