What I wish I knew before I flipped my lecture 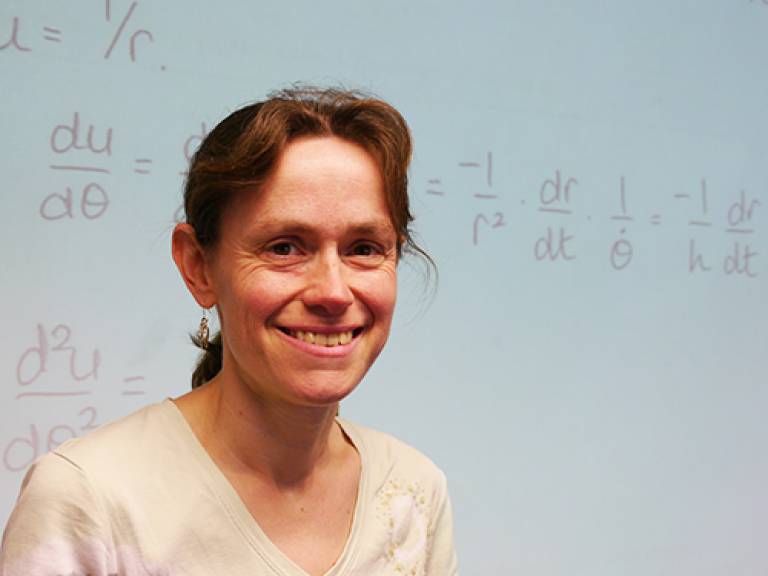 Dr Helen Wilson says it was simply the buzz around lecture flipping that first prompted her to give it a try. That, and an acute awareness that maths teaching had remained unchanged for so long.

Applying new technology to a subject taught with traditional methods

Whereas some other disciplines have been quick to incorporate new teaching technologies, by necessity, most maths lectures are still based on demonstrating calculations step-by-step on a board. “Maths is a bit of a special case in the way it is taught,” said Dr Wilson. “So I thought it would be interesting to see if something different could work.”

She began by taking her first-year undergraduate Newtonian Mechanics module and selecting the topic she thought was best suited to flipping.

She used Lecturecast to record videos that explained the theory, asked students to consult them over reading week and then used the face-to-face time to go through practical examples and answer questions.

Initial feedback had been good, with 47 out of 56 students agreeing it was a helpful method. But the acid test didn’t come until May, when students sat down to complete their exams.

At first glance, the results were impressive.

The question on the flipped topic was selected by more students than any other and received the highest average mark – 10 percentage points higher than the average for the other questions.

Further analysis showed that the numbers also compared well against the previous year, when the average mark for the equivalent question was seven per cent lower.

Having seen the potential benefits, Dr Helen Wilson is now keen for others to capitalise on her experience – and avoid her mistakes.

The topic I chose to flip – the derivation of Kepler’s laws for orbital motion – worked because I could present all the theoretical information in one go up front. Most of my topics don’t fit with this clear delineation of theory first, examples second, as you have to use illustrative examples as you work through the theory.

Working through the videos is extra effort on the part of the students, so I timed the flipped classes to come straight after reading week, giving them a chance to absorb the theory.

I used LectureCast to create my videos, which involved booking a lecture theatre equipped with this system. As teaching rooms are so busy in term time, I’d recommend doing the filming before term starts.

But what I didn’t realise when I was preparing is that, as well as booking the room, you have to book the LectureCast facility. This has to be done three days in advance. Plus, you will need to arrange LectureCast training in order to use the editing system.

If you're in a subject like mathematics where traditional exposition is on the board, then your best method is probably to use the DocCam: you simply write your notes on paper under the camera, and they are projected onto the screen.

Lecturecast will record whatever passes through the projector, so students will be able to see a clear image of whatever you have written. Don't forget to wear (and turn on!) the lecture theatre radio mic so Lecturecast can also capture what you're saying.

If you would usually give Powerpoint lectures, then it's even easier – just plug in the mic and then lecture around your slides as you usually would.

If you are planning to make several short videos, as I did, I found it helpful for the later editing to use a kind of 'clapperboard' - a plain sheet of A4 with nothing on but a number, that I put on the DocCam between the slots.

Step 5: Be wary of LectureCast issues

LectureCast is easy to use and the web editor works well, but I did encounter a couple of issues.

Firstly, don’t try and switch between input methods to the projector during one video. I tried to discuss some notes and then show a YouTube video; I found there was a slight delay on switching that meant the students missed the first few seconds of the YouTube video.

Also, if you are making more than one video, when you are ready to submit your edited versions for processing, let one edit go all the way through the system before you submit the next, otherwise the system may not be able to cope and you may lose your edits.

I made seven short videos in all, each one breaking down a different part of the theory. I then posted them to the course Moodle page by the beginning of reading week. I also added printed notes of the theory so they didn’t have to write notes themselves and could concentrate on the videos.

The students largely found the videos helpful, and I saw certain benefits too.

As we’d already covered the theory, we saved time in class during the contact sessions that followed, which meant we could move on to the next topic early. I’m also a step ahead for the next academic year as I can reuse the videos I’ve already created.

Step 8: …but know its limitations

Although students were positive about the flipped topic, there was a feeling that they wouldn’t have the discipline or spare time to do the extra work involved every week.

It was also a lot of work for me – and not just in preparing the video. The extended interactive sessions are much more demanding than presenting a normal lecture.

And although the exam results for the flipped topic were fantastic, I won’t get carried away. I think novelty value is one reason why it was so effective, plus the simple fact that both the students and I expended more effort on this one topic.

I’m going to use the videos again next year and look forward to seeing the results.