UCL and UCL Union, in a joint partnership, have been awarded the Fairtrade University and College Award, following a student-led audit. 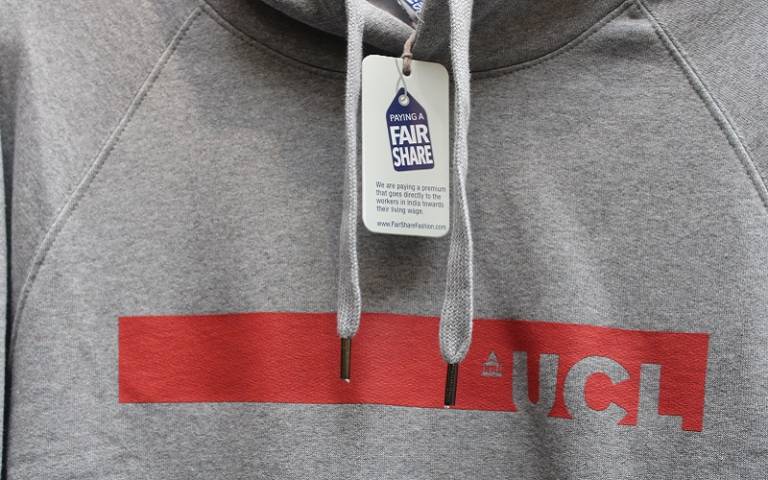 What is the Award?

There are several tiers of accreditation, starting from basic Fairtrade University or College status, through to one, two, and three star awards. The UCL partnership achieved the 1 star status, which is a great achievement considering UCL and UCL Union have not taken part in the scheme since 2012.

We are one of twelve institutions to have been accredited this year under the new standards of the revised award in conjunction with the Fairtrade Foundation and National Union of Students.

The new award structure encourages partnerships between sustainability, catering and academic staff and students, to cover procurement, awareness raising and campaigning activities. UCL’s Sustainable Food Working Group has been integral to coordinating the promotion of Fairtrade items and raising awareness of Fairtrade in our outlets across campus, while UCL’s Green Impact Network has enabled departments to buy Fairtrade office items and put on their own Fairtrade events.

What has been achieved?

Notable achievements over the last 18 months have included:

How was UCL audited?

In order to confirm the achievements of the partnership, three UCL students were recruited as volunteer auditors, and trained by NUS and the Fairtrade Foundation, equipping them with transferrable skills and experience in conducting an audit.

What can I do to support Fairtrade?

While we are still in lockdown, you can support Fairtrade by buying Fairtrade items:

You can also get involved or support the Fairtrade cause by: