The UCL Sustainability Awards celebrated the achievements of 60 departments! 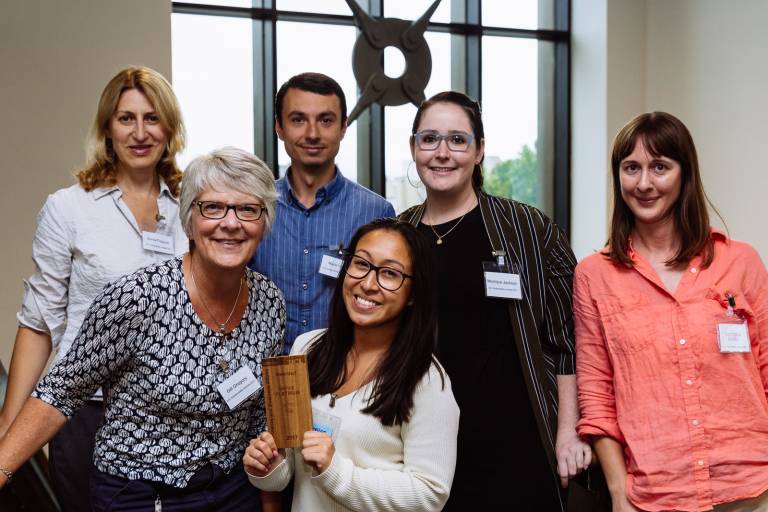 With individuals becoming increasingly aware of the importance of environmental sustainability, this year saw the highest number of teams taking part in the programme, with a greater amount of departments achieving the highest awards. The amount of people involved in the programme this year was truly remarkable and the awards showcased the strength of the green community.

To hallmark the achievements of the teams, Celia Caulcott, UCL’s Vice-Provost for Innovation & Enterprise, Graham Hart, Chair of UCL’s Environmental Sustainability Steering Group and Richard Jackson, Director of Sustainability at UCL presented the awards and thanked the teams for their hard work and enthusiasm.

To mark the success of the teams who completed UCL’s new Sustainable Labs programme, Ted Smith, Director of Facilities and People at the Wellcome Trust gave an inspirational talk stating that:

" At Wellcome we are spending nearly a billion pounds each year on health related research and humanities based projects, but we've realised that it is all futile if the planet goes in the meantime, hence we need to make the health of our planet a priority.”

A sustainable event throughout 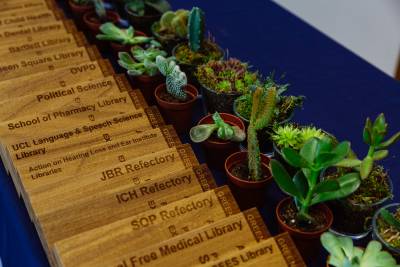 Sustainability ran throughout the event and showcased that events at UCL can have a reduced environmental impact. The ceremony itself took place at 22 Gordon Street, the Bartlett’s new home and one of UCL’s first buildings to be completed in the Transforming UCL Programme- of which sustainability is a top priority (see sustainability credentials here). 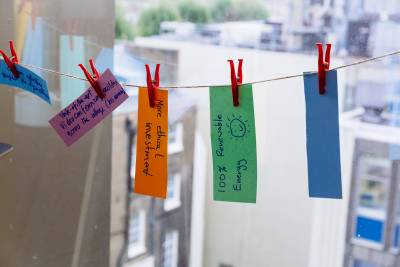 The awards presented to teams were upcycled from teak recovered from the Bloomsbury Theatre refurbishment.

In addition the meal was entirely vegetarian and vegan and teams were asked to write down their vision of a sustainable university. 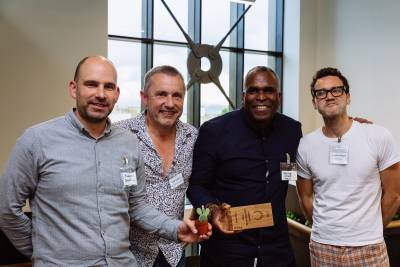 While all of the teams who took part are winners, for the past few years, due to their astonishing contribution to sustainability, PALS have taken the overall crown. Not only did PALS achieve an Excellence Award for their Offices and a Platinum for their Labs, they also undertook 6 projects. For this reason they were given 25 tickets for the Eden Project.

A full list of this year’s award-winners can be found below.

The Royal free Medical Library focused on engaging students and staff in sustainability. They organised a variety of events from Meat Free Mondays to trips to ByWaters recycling centre.

The SSEES Library focused on educating students and staff on the problems associated with plastic after discovering that a vast amount of plastic is washed up on Eastern European shores. The team have collected plastic, screened films and hosted workshops on the topic. They are planning to build a statue out of bottles in the library to raise awareness.

Sodexo wanted to reduce the use of disposable food containers. UCL used up to 19,000 disposable containers last year, which is equivalent to 113 trees. Sodexo launched an eco-take-out scheme in the ICH and SOP refectories. The scheme allows customers to buy a token which they can exchange for reusable take-away boxes. Once they've eaten they return the boxes for their token thus reducing the need for disposables. Next year they will be focussing on increasing sign-ups.

This year Careers added another wormery to their roof - they now have 3 in total. The fertiliser produced from the wormeries was used to create a Biodiversity garden.

The School of Pharmacy Library team

The SOP library team have created a medicinal garden and the plants will be used in the teaching at the School. For more information see this article on the medicinal garden.

Psychology and Language Sciences completed 6 projects in addition to completing the Office Excellence award and Labs Platinum award. See below some of their projects.

Created a small garden in the rear courtyard of Chandler House using as many recycled items as possible. Increased biodiversity, engagement in sustainability and wellbeing for students and staff after using the outdoor space more during lunch breaks.

PALS conducted a study to find out whether different communication techniques could influence people to eat vegetarian food (a healthier, sustainable option to meat).

Pshycology in PALS successfully trialled lecture-specific feedback on 7 different modules from Psychology and Genetics departments using a web-based platform called Typeform. The app will be used in Psychology and Language, and possibly within the wider faculty.

The aim of this project was to get members of PALS to think about green issues by recycling objects for reuse in a fun way. A competition was set up with green prizes. The winning entry was for a project where a seminar group recycled broken umbrellas into clothes. The project was successful and it is planned to extend it college wide next year.

Can you beat PALS?

Green Impact will launch again in November. If you are a student or staff member who would like to get involved see our current opportunities here. Training will commence on November 1st.

" There are very few award ceremonies that are genuinely enjoyable but this is true of the UCL Green Impact Awards. The awards themselves are beautiful and I thought the speeches were really interesting and indicated senior management buy-in to our green goals. Thanks to Hannah and the team for all the help and advice. 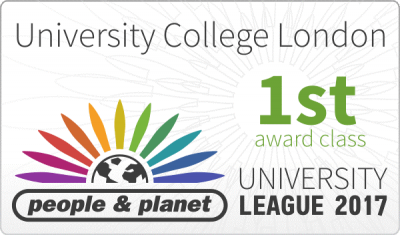 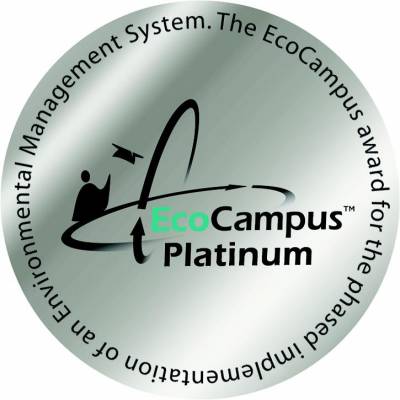 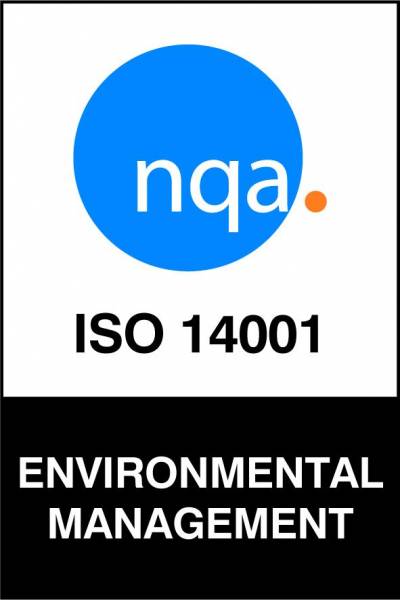 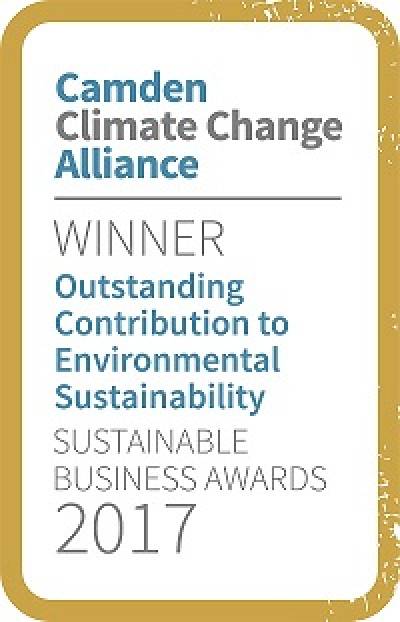