This Policy commits that UCL will not invest in a particular company in the following circumstances:

i. Where such investment might conflict, or be inconsistent, with the aims, objectives or activities of UCL. For example, investment in the tobacco industry would be inconsistent with and would conflict with UCL’s research into cancer.

iii. Where such investment, while not excluded by virtue of (i) or (ii) above, is considered by UCL to be unethical, based on a review by UCL’s Investment Committee.

The Committee considers requests from the UCL community (including all staff, students and alumni) to review the ethical standing of stocks and sectors within UCL’s current investment portfolio.

The Committee includes student representation with the current UCL Union Democracy, Operations and Community Sabbatical Officer in attendance, who voices any concerns raised by the wider student community, including Fossil Free UCL

UCL’s Investment Committee undertakes ‘negative screening’, i.e. the exclusion of stocks from the existing portfolio on the grounds that such stocks do not meet the ethical standards of UCL.

UCL Council met on the 12th July 2016 to decide on UCL’s revised approach to investment which reflects a transition to a low carbon future. The committee evaluated many options and decided to follow the principles of the Sarasin Climate Active Endowment Fund, provided by its incumbent fund manager Sarasin.

This will come into effect in October 2017 following a decision by UCL Council as to whether to keep all of UCL’s Investment Portfolio with Sarasin or to invest half of the portfolio with another fund manager (still following the Climate Active Principles).

From October 2017 UCL will ensure that its investment portfolio is focussing on companies which are taking active steps to reduce their impact on the climate. In addition UCL commits to:

UCL will retain some control over investment choices while following these socially responsible and active engagement principles. This means taking a holistic approach to ethical investment, addressing a broad range of matters including taking an active stance in respect of climate change. UCL recognises that companies with business models based in a carbon economy, which are not transitioning to a low carbon economy, do not represent sound financial and ethical investments. As an investor, UCL will always try to first influence and engage with companies to deliver more sustainable practices, before withdrawing funds. We will do this in the following way:

As part of this review process UCL will initially divest from a number of companies which are considered not to be on a transition path to a low carbon future.

UCL’s approach is to use our investment influence to persuade companies to adopt a corporate strategy which reduces their climate impacts. UCL may therefore invest in these companies in the future provided they have taken significant steps towards a low carbon operating model. 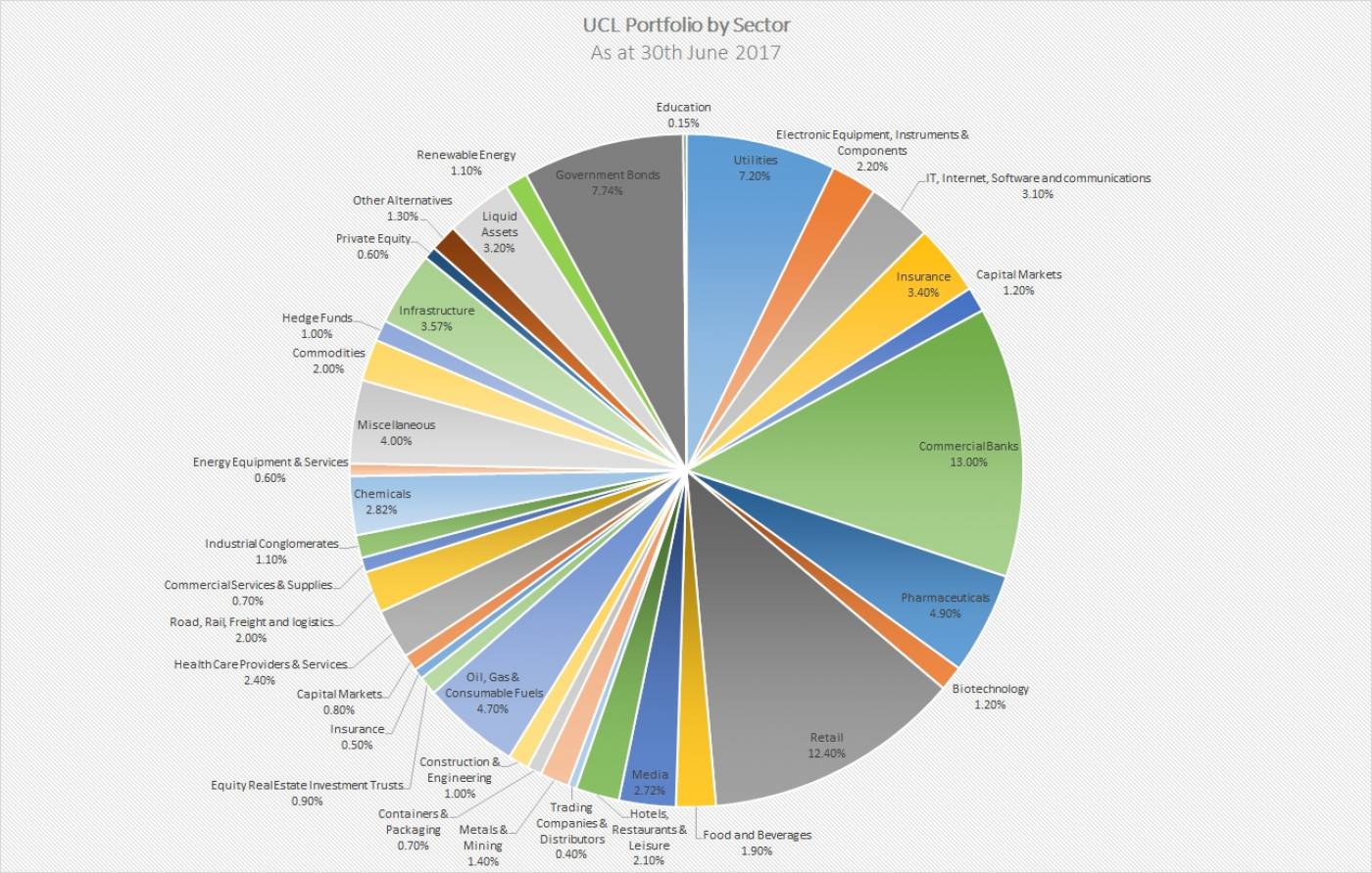 Note: this is a snapshot of the fund as dated, and cannot be considered an accurate presentation as the fund is always subject to changes.