Read about how labs in the Institute of Neurology took advantage of a short-lived scheme which recycled ice packs. 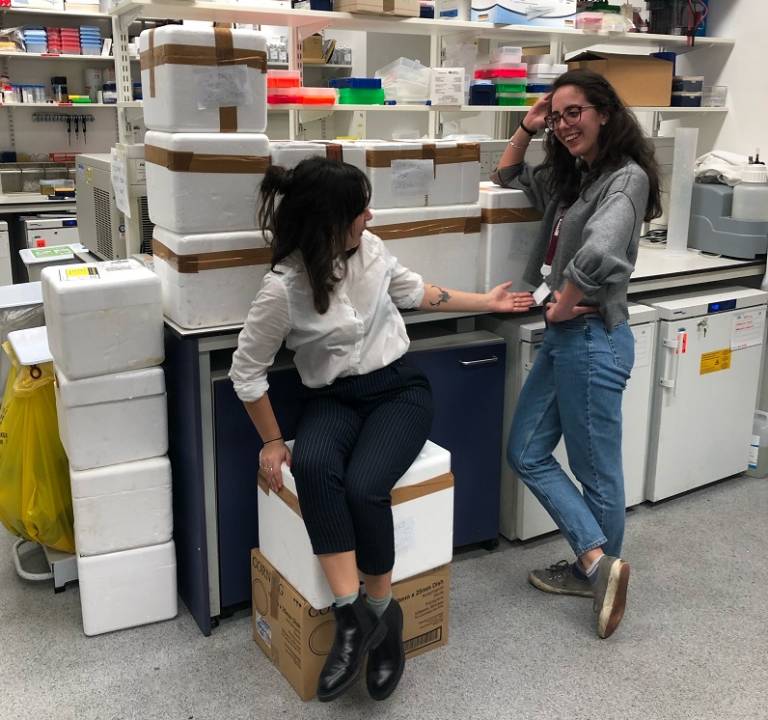 Laboratories receive lots of deliveries for chemicals, consumables, and more. One of the most common sustainability complaints from laboratory staff is the excessive amount of packaging received with deliveries. Often a small vial will be delivered in a large box of packaging and excess ice packs, which keep the packages contents cool enough to withstand delivery (like a mailable refrigerator). As a result, deliveries are heavier than necessary and will require more fuel to transport them. Furthermore, the ice packs are a challenge to recycle and will end up in a clinical or general waste bin, at a cost for UCL.

Daniela Melandri and Emily Annuario are from the Institute of Neurology (IoN), UCL and have been working on making their labs more sustainable for some years. They discovered that the supplier ‘2B Scientific’ offer an ice pack take-back reuse scheme. Enthused, they set up a collection box on their floor, and to their delight it quickly filled up. Nearby on another floor of the IoN, Debbie Hadley and Anna Hands of the Sobell research group also learned of the new scheme. They too soon commenced collecting ice packs for sending back and reuse. 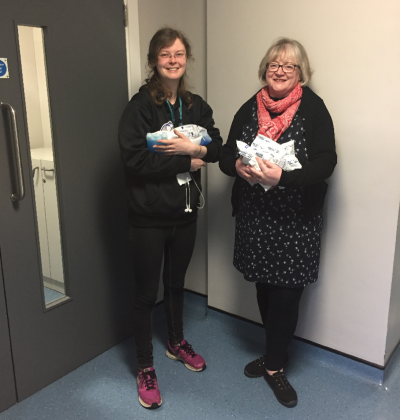 Together they all collected 35+ kg of ice packs over 2 months, which otherwise would have gone to waste. After being inundated with deliveries of ice packs, 2B Scientific sadly were victims of their own success and discontinued the scheme. Not wanting to start throwing ice packs away again, the Sobell lab posted clean ice packs on Freecycle. Here they were able to find new homes for some, including the to a martial arts teacher who wanted them for injuries as well as a couple teaching mediation to cool their livers during classes!

Daniela and Emily also learned that the scheme had been discontinued. Having already collected though several boxes worth of ice packs, they managed to convince 2B Scientific to accept one last delivery. In the photo you can see all the boxes they filled with ice packs for that last single delivery – you can see just how needed a solution for reuse of them.

The success and demise of the scheme highlights how laboratory staff want to do their part to recycle, but that the process is challenging. Since their commendable efforts we’re challenging suppliers to come up with a similar scheme, with no success as of yet. If you work in a lab, ask your suppliers to come up with better ways to deliver items, and let your peers know if you do. And if you work as a supplier, know that there’s a lot of scientists waiting for a solution!