The SDGs and me - Dr Ian Scott 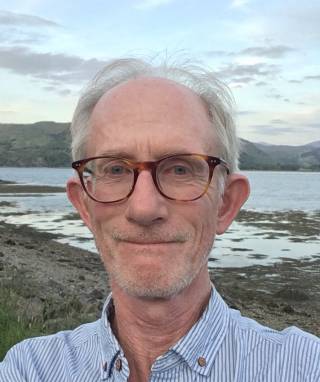 I lead a small team running the Grand Challenges (GC) programme – a component of UCL’s Research Strategy since 2008, and since 2014 more broadly framed as part of the university’s institutional development strategy. GC exists to stimulate cross-disciplinary attention to the world’s major problems, none of which can be solved through the expertise available in a single academic field. Guided by a steering committee (‘working group’) for each of its major themes, the GC programme runs competitions for non-prescriptive small grants and for awards on more focused strategic ‘special initiative’ topics. GC sustains a close relationship with awardees, actively promoting the further development and societal impact of outputs from funded activities.

Within RIGE, my role involves development of joint activities with other sections of the Vice-Provost’s office, notably with Global Engagement and the SDGs Initiative in the context of GC’s SDGs: Pathways to Achievement special initiative scheme; and currently with the Co-Production Collective through a project called Removing Boundaries.

Parallel and intersecting with GC work, and aided by colleagues in the RIGE Research Coordination Offices, my role has also involved the nurturing and development of inter-faculties centres, institutes, networks and research domains. These have included the Centre for Behaviour Change, Global Disability Innovation Hub, Humanitarian Institute, and the Heritage Science & Engineering Network, and the Food, Metabolism & Society domain.

How long have you been at UCL and what was your previous role?
In January 2009 I joined UCL as Principal Facilitator, Grand Challenges, becoming Director of the programme following a major review in 2015. Before coming to UCL, I was at the Wellcome Trust, where I worked in programme and grants administration for more than 20 years (International Biomedical; Population & Reproductive Health; Mental Health).

Tell us about something you’re working on at UCL that is supporting the SDGs
The GC programme’s main current action in support of the SDGs is the SDGs: Pathways to Achievement special initiative scheme, now about to be announced as a third annual call for proposals. The other GC special initiative schemes for 2022-23, on the Climate Crisis, on Food Security, and on Place & Displacement, all either relate to specific SDGs, or to the intersections between SDGs.

Beyond work, which of your everyday activities contributes most to one or more of the SDGs?
I suppose it’s the way I commute. I cycle to and from work in London, and use a bus to get from the nearest railway station to my hometown.

And what do you do that has the most detrimental impact on the Goals?
I feel pretty guilty about my daily consumption of milk, butter, cheese and yoghurt. I grew up on a dairy farm, so perhaps I’m a lost cause!

In your opinion, which of the SDGs is the most important for humanity to address?
They are all important, and the cross-talk between them is vital, but – at the very centre – Climate Action (13) linked to No Poverty (1), Reduced Inequalities (10), Zero Hunger (2) and Clean Water & Sanitation (6).

If there was an 18th Goal, what should it be?
‘No conflict’ – Goal 16 (Peace, Justice and Strong Institutions) is a bit motherhood and apple pie.

If you could bring in one law or societal shift to help the UK address the SDGs, what would it be?
Restore UK Overseas Development Assistance to pre-pandemic levels.

What is the biggest challenge to the world achieving the Goals by 2030?
Global warming – not meeting the 1.5 degree upper level of increase target.

What would it surprise people to know about you?
I get quite weepy when watching sad or romantic films.