A project to transcribe and digitalise registers of enslaved people in Port Royal parish, Jamaica, opens up opportunities to understand survival under British slavery. 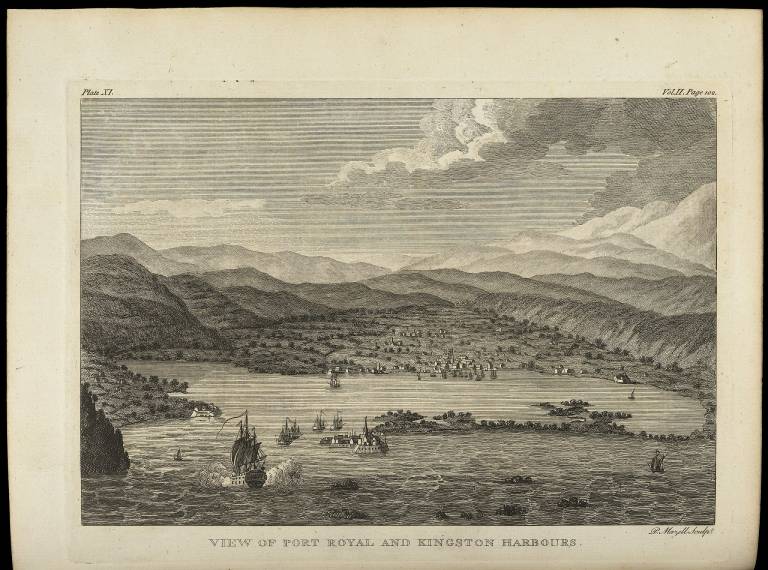 Colonial slavery shaped modern Britain and we still live with its legacies. Through collaborative research and public engagement activities, the UCL Centre for the Study of the Legacies of British Slavery (CSLBS) is building an understanding of what centuries of black enslavement has meant for countries, societies and individuals.

As part of the Centre’s work, a project is underway to transcribe and digitise six handwritten registers, held in the UK’s National Archives, of all enslaved people in Port Royal parish, Jamaica. The registers chart details of enslaved women, men and children and were produced by slave-owners every three years from 1817 to 1832 to help them manage the economy of their plantations.

“When people think of Port Royal, Jamaica, they often think of ‘Pirates of the Caribbean’,” explains Professor Matthew Smith, Director, UCL CSLBS. “In reality, slavery was a major part of its economy and we want to bring that perspective to life.”

The UCL team is working in partnership with the National Library of Jamaica and National Museum Jamaica and drawing on the Port Royal registers and data on more than 60,000 slave owners recorded in the CSLBS database, to give a clearer picture of the communities of people in Port Royal who lived in and beyond slavery.

“We are combining aspects of people’s biographies recorded in these sources with links to their relatives and where they lived,” explains Dr Matthew Stallard, CSLBS research associate. “And by making this information freely accessible online, we are helping to honour the lives of enslaved people and giving them visibility in the historical record.”

““When people think of Port Royal, Jamaica, they often think of ‘Pirates of the Caribbean’. In reality, slavery was a major part of its economy and we want to bring that perspective to life.”

For example, the digital archives have allowed historians to follow the journey of people like Lettitia Smith who in 1826 was sold to a William Kuckahn at the age of 22. The team has been able to track her family’s history during and after slavery. Her records include the name she was given by her owner and her ‘baptised’ name. Slave-owners named their “property” to mark ownership and control.

The digitised documents will be added to the Centre’s database. With enhanced accessibility and search tools, it will provide extensive opportunities for users to research the lives and experiences of enslaved people.

“Our digitalisation project will make it far easier to trace the experiences and lives of individuals who were previously lost to history,” explains Professor Smith. “We intend to harness this rich potential and use novel digital technologies to expose and highlight these stories of the past.”

> UCL Centre for the Study of the Legacies of British Slavery

Goal 10: Reduce inequality within and among countries

Target 10.2 By 2030, empower and promote the social, economic and political inclusion of all, irrespective of age, sex, disability, race, ethnicity, origin, religion or economic or other status