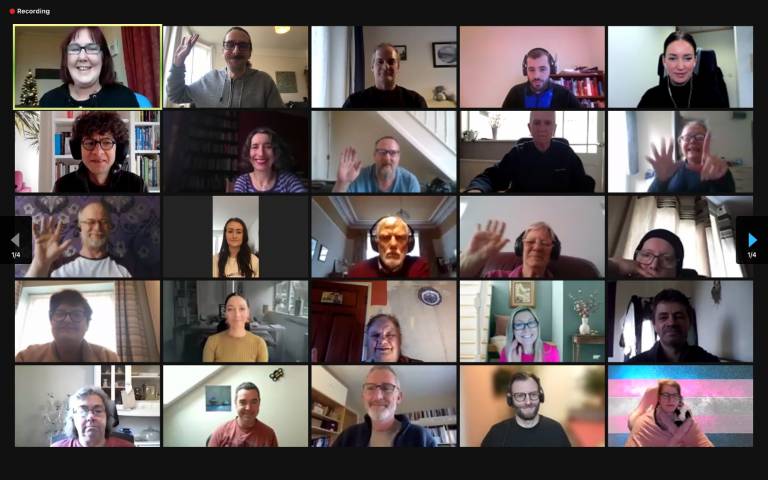 Public satisfaction with politicians is very low and many people think fundamental changes are needed. And although the main political parties all see a need for democratic reform, they do not agree on the form it should take.

To gather public views on how democracy in the UK should work, a citizens’ assembly was convened by UCL’s Constitution Unit, which carries out independent research into constitutional change and the reform of political institutions, and Involve, a charity that promotes public participation in decision-making.

The Citizens’ Assembly on Democracy in the UK comprised 67 citizens, selected to reflect the UK voting-age population across characteristics such as gender, ethnicity, disability status and political attitudes. It met online over six weekends in autumn 2021.

““The UK’s democratic arrangements have been severely stretched by the process of Brexit and the experience of COVID – it’s time for a review.”

The members examined the overarching question, ‘How should democracy in the UK work?’, hearing contributions from experts including MPs, peers, parliamentary officials, former civil servants, democracy campaigners, and researchers.

The Assembly’s discussions focused on three aspects of democracy in the UK today. It explored the balance of power between government and parliament. It looked at the roles of the public, both within the traditional representative system and through processes such as petitions, referendums, and citizens’ assemblies. It also examined ways of upholding rules and standards, covering ethical standards of behaviour from those in public life and the role of the courts.

“The UK’s democratic arrangements have been severely stretched by the process of Brexit and the experience of COVID – it’s time for a review,” argues Professor Alan Renwick (UCL Constitution Unit), who led the project as part of a wider programme of work on post-Brexit UK democracy. “We need to explore what kind of democracy people want, when they’ve had a chance to think the matter through carefully.”

The Assembly’s report lays out 16 core principles that members thought would characterise a good democracy in the UK, such as transparency in decision-making and having an informed and educated voter base. They also provided 51 specific recommendations on how the system of democracy might be improved, such as enabling parliament to scrutinise ministers more effectively, strengthening the role of public petitions, protecting the role of the courts in upholding human rights, and enforcing ethical standards more strongly.

“We feel frustrated by a sense of British complacency that just accepts the idea that our system of democracy is the best and does not need to evolve,” one participant stated. “In a ‘good’ UK democracy we would learn from best practice in democracies around the world and ensure we have better educated voters.”

The conclusions of the citizens’ assembly are now being presented to policymakers throughout the UK. The organisers hope the findings will influence future democratic reforms.