A collaboration between the UCL Institution of Education, UNICEF and governments in Africa is implementing policies and action plans to tackle gender-based violence in schools in Africa. 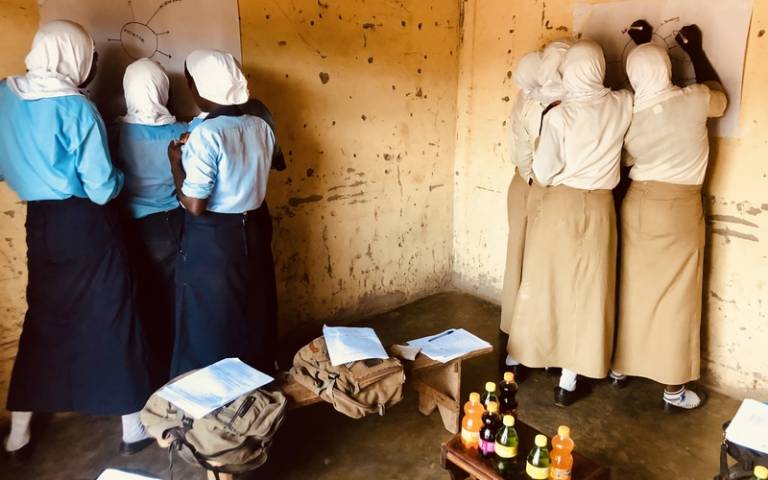 Young people in many parts of the world face physical, sexual and psychological violence in and around what should be a safe space: school.

“Studies show that social inequalities, cultural norms, exclusions and stigma contribute to the prevalence of school-related gender-based violence (SRGBV) in Africa, but evidence that points to ways to tackle the problem has been lacking,” says Professor Jenny Parkes (UCL Institute of Education, IOE).

As part of an initiative led by UNICEF, Professor Parkes established a collaborative team to collate the evidence needed to address the issue. Colleagues in the IOE worked with educational organisations and governments in Côte d'Ivoire, Ethiopia, Togo and Zambia.

““By collating this much-needed evidence, we are convincing governments to take action to tackle gender-based violence in schools.”

“We set out to build effective partnerships to combine research, capacity building and knowledge exchange, to bring about changes in policy and practice at a national, district and local level,” explains Professor Parkes.

The team scoped out what policies and practices were already in place to protect young people from violence at school and identify gaps, and then went on to develop a framework to strengthen national action on SRGBV.

The framework can be applied in any country setting and is helping in-country teams collate evidence on prevalence and patterns of SRGBV and develop policies and plans, structures, partnerships and teaching methods for prevention.

“By collating this much-needed evidence, we are convincing governments to take action to tackle gender-based violence in schools,” she adds.

Goal 5: Achieve gender equality and empower all women and girls

Target 5.2 Eliminate all forms of violence against all women and girls in the public and private spheres, including trafficking and sexual and other types of exploitation