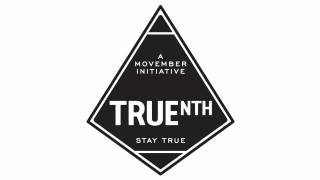 Study Title:  Development and evaluation of a patient-reported instrument to monitor oncological and functional outcomes after radical prostatectomy

Prostate cancer is the most common cancer in men in the UK, with over 40,000 new diagnoses every year. Earlier cancer detection and effective treatments are contributing to increasing survival rates. Radical prostatectomy is a commonly performed operation to treat localised prostate cancer.

The True NTH UK Post Surgical Follow up Programme focuses on using patient reported outcome measures (PROMs) to assess the extent and timeline for recovery of urinary and sexual function after radical surgery for prostate cancer. A new instrument will be developed for radical prostatectomy that can be used with men in the UK to monitor their recovery in the first 12 months after surgery. It is envisaged that the PROMs data will be used in clinical practice to monitor progress in outcomes for individual patients. The programme will also allow a comparison of results of surgeons and hospitals against appropriate benchmarks for urinary and sexual outcomes after radical prostatectomy.

Patients will need to complete an online questionnaire before they have their surgery, and at 1, 3, 6 and 12 months after their radical prostatectomy surgery (5 times in total). This questionnaire will ask about participant’s symptoms and how they feel about them. It will ask about their urinary, bowel and sexual function, and overall health.

There are two Phases in the TrueNth Trial.  Phase I consists of evaluating the US developed monitoring tool (MSK instrument) and using focus groups to gather the opinions of men based in the UK.  Using this feedback, adjustments were made to the reporting tool.  Patients recruited into Phase II use the adapted tool to assess the robustness at an individual patient level.

Phase I:  429 patients were recruited across 9 sites.  Phase 1 is complete.

Phase II:  We aim to take the whole cohort up to 3000 patients across approximately sites.  Phase II is still recruiting, with new sites still able to join the study.