One ordinary day in Belgrade

Julia spent term 1 of her Study Abroad in Belgrade, Serbia. In this blog she shares 'an ordinary day' for her in Belgrade. 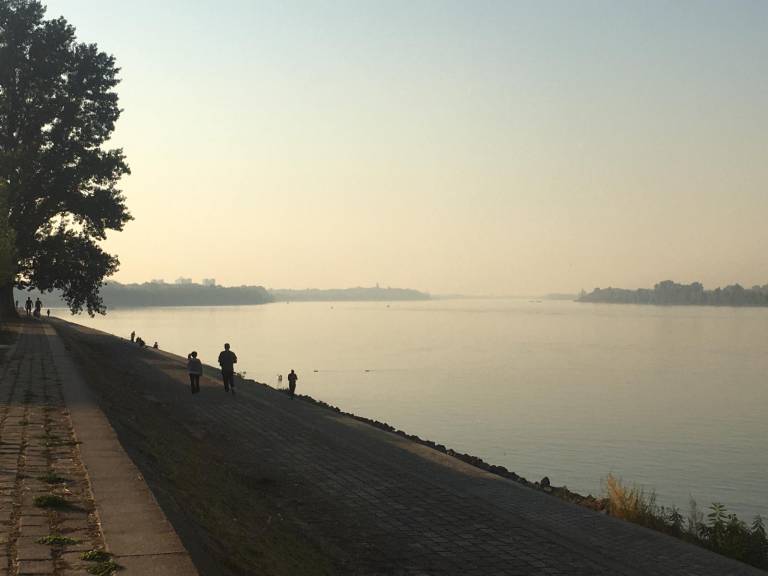 Let’s say it’s a Thursday in December (like today). I wake up in my top-floor flat in the centre of the city, look over the schoolyard and the rooftops outside my window, and wonder what the pollution will be like today. I can see the block of flats across from me – pollution is bearable. And it’s sunny, unseasonably warm.

I walk eight minutes to the market. My market, really. My market with all of life humming and shouting and coursing through it. All the dreams of the market are there: golden potatoes, ruby tomatoes, cabbages (pickled and non-pickled), piles upon piles of lemons and oranges and onions, socks and sponges and toilet brushes. What a civilised country, what a way to live. 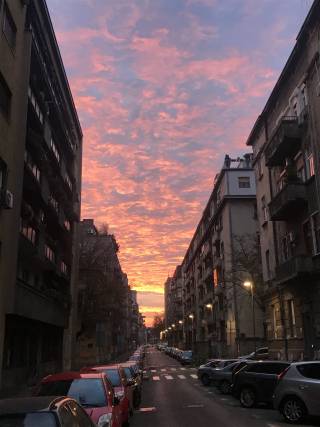 I go to my Serbian lesson. Five flights of stairs up, at the top of the Philosophy Faculty, I learn that five people or more count as one grammatical person, but two, three or four are many. No problem. I understand it now, my brain can relax into the language enough for me to know what’s going on – like letting your eyes focus on nothing while taking in everything.

Maybe I buy myself a falafel for lunch and sit outside in this Indian winter we’re having. Maybe I go to the river. Just ten minutes’ walk from home is the Danube – come from Germany, through Vienna, Bratislava, Budapest, to my doorstep. Unlike Budapest, 400km up the river, Belgrade’s waterfront has no tourists, no photo opportunities. On the other side there are only trees, and the city stops. I love it here. (Belgrade Waterfront, however, is the opposite: a distressingly misguided Gulf oil-funded top-down ‘regeneration’ project on the Sava river, which has displaced community shops, artists and bars.)

In the afternoon, I go to the Workshop, an education centre for refugees. During the 2015 migrant crisis, the Balkan route became one of the most popular ways into Europe. When the EU closed its borders, thousands of refugees were stranded in the region. Children (and some adults) come to the Workshop every day to learn English, German, Serbian, or to socialise and play computer games. I teach English, while feeling entirely unqualified. But I give attention and encouragement, and learn more than they do. 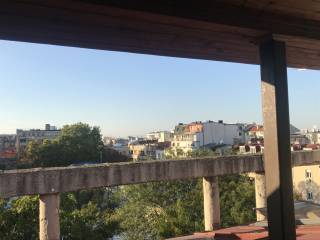 In the evening I might go out. The nightlife in Belgrade makes me feel sad about the nightlife in all the other cities I’ve ever been to. It is so relaxed, so plentiful, so affordable, so much fun. People are there to enjoy themselves, not to be seen to be enjoying themselves. You drink, you smoke (or inhale other people’s cigarette smoke), you dance. You don’t take selfies, you don’t film the DJ.

This is not an ordinary day in Belgrade. My life in Belgrade is not a real life, it is not representative of how most people live. Although my rent is extremely cheap by London standards, most people can’t live in the centre like I do. They are plagued by the bus misery which I have been mercifully spared (apart from in my first three weeks). I have an escape route back to the UK. So I can enjoy the clubs, I can feel like I’m helping the refugees, but I am mainly realising how lucky I am not to be from Belgrade, but to be in Belgrade.