Elisabeth received funding from the UCL Cities partnerships Programme and took part in a summer school at the British School at Rome. Reconstructing the past is like trying to put together all the pieces of broken amphorae lying around on Monte Testaccio in Rome. It is a jigsaw puzzle, however, its pieces come from different games and a lot of them are missing. It can really make you go to the wall.

Some people would say, obviously, this photo depicts the wall of the Auditorium of Maecenas on the Esquiline hill. They are right in a way, because it is the only structure of this wall section that survived as a whole and thereby incorporates the other structures that originally were not part of the building. However, only the small triangular patch in the middle (so-called opus reticulatum, due to the regular arrangement of square-shaped bricks) dates to the time when the auditorium was built (first century BCE). The big blocks of tufa on the left were piled up c. 300 years before, to form the Servian Walls (Rome’s city walls), and as to the surrounding brickwork it is safe to say it dates to the imperial era (second century CE?). That was just one of the walls that I saw. 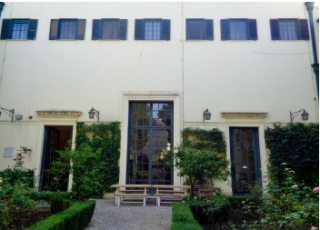 Thanks to the UCL cities partnerships programme I was able to attend this year’s undergraduate summer school hosted by the British School at Rome, 4-16 September. The programme was built up on ten different themes, one for each day (excluding arrival and departure days):

I. The Tiber: We visited the Forum Boarium, a place that breaths the origins of Rome as well as the always important aspect of trade, and Monte Testaccio (mentioned above) – a large-scale ancient rubbish dump.

II. The Forum Romanum: A confusing place in the sense I described it above. The ancient forum never looked like we see it today. Luckily there is the Digital Forum Romanum project (Humboldt University Berlin), which made the forum one of my favourite places.

III. Princeps, Domus and Res Publica: The fora of the imperial period (Augustus and Trajan), were statements of power and projects of prestige – they make a case how the role of the forum had changed. The imperial structures, densely-built up on the Palatine Hill, make clear the origin of our word “palace”. 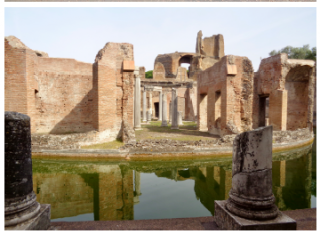 IV. The triumph of the Republic: A day of “experiential archaeology” – we retraced the steps that the triumphators, deified for a day, their victorious army, the captivated rest of the conquered army, and the spoils displayed as trophies on wagons took in a loop around the ancient downtown. It ended at the notorious in carcere locus (Sallust: Bellum Catilinae 55.3), the Marmertine prison.

V. Cities of the dead and the living: After a free day, which I used to explore the BSR’s library, we spent another day walking along an ancient route – this time it was the Via Sacra, along which some magnificent walls are lined up, of big Republican tombs next to columbaria (shelf-like cemeteries) and city gates that indicate the changing size of Rome over time.

VI. Panis et Circenses: The Colosseum has not lost its thrill for 2,000 years: the masses love it. Another place you could spend the whole day at was the public baths (thermae), for example those donated by Caracalla: there were swimming and sweating facilities, of course, but also a library and great pieces of artwork to look at.

VII. Horti Romani: We had the very special opportunity to visit Nero’s Domus Aurea, a gigantic complex, probably built to connect the emperor’s domus on the Palatine hill with the former gardens of Maecenas on the Esquiline (photo above). The afternoon we admired the bizarre combinations of present and past, with sections of the Servian Walls inside a McDonald’s at Termini station and the pediment of the temple of Apollo Sosianus under the roof of an old power station (Museo Centrale Montemartini). 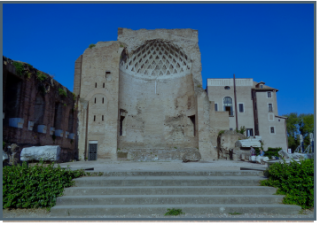 VIII. Feeding Rome: Ostia Antica, Rome’s harbour, is a completely surviving provincial town in its second century (CE) state. We took a stroll and explored. Another chapter on burial culture was opened at the necropolis of Isola Sacra, near Fiumicino airport.

IX. Transformation: We entered late antiquity, a period sometimes being overlooked by our dear classicists (of which I am one). Besides continuity and decline there was new cultural impact, and the completing new factor: christianity.

X. Hinterland: The week was concluded and crowned by a visit of Hadrian’s villa complex in Tivoli – we were able to practice how much we remembered of the different marble types and got lost admiring Praxiteles’ Aphrodite (who was rather Venus, of course). 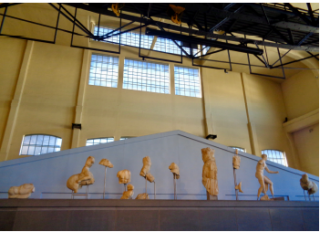 Wittgenstein commented on the sentence taken from Augustine’s Confessions above: “Something that we know when no one asks us, but no longer know when we are supposed to give an account of it, is something that we need to remind ourselves of” (Philosophical Investigations §89). I owe special thanks to Robert Coates-Stephens and Ed Bispham, the course tutors, who developed the brilliant programme and, guiding us through, kept reminding us of what everything was about. Over the days we were able to connect chronology, topography, and material culture to a bigger picture. The British School at Rome provided a stimulating atmosphere for the summer school – it was a pleasure to be in contact with the other participants, the friendly staff, and the resident artists and scholars. Overall, the programme has encouraged my interest in connecting my philological studies to the material world and their historical context. The impact, as to how much I learnt, was similar to completing a university module, the impression the course made on me was strong and certainly lasting.