In his most recent blog, Danny explores the unique village of San Basilio de Palenque. Check out Danny's YouTube channel for further interviews and insights into Colombian life. 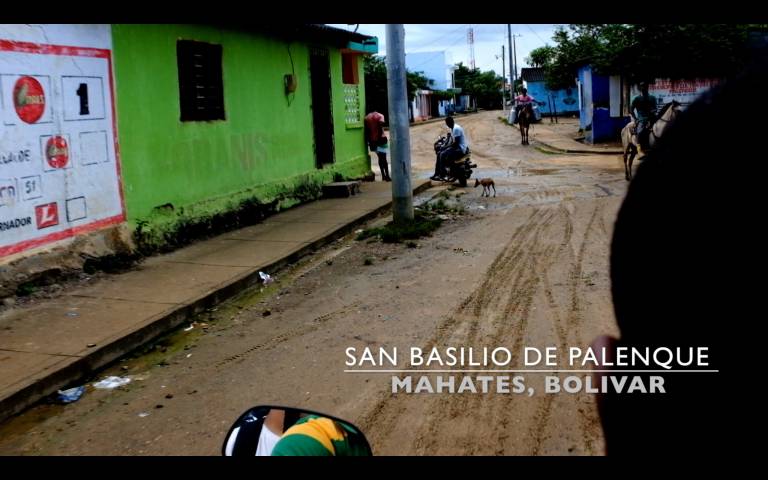 The tucked-away village of San Basilio de Palenque in northern Colombia undoubtedly deserves a shout-out for being amongst the “most amazing places you’ve never heard of”. To this day, it remains an astonishingly potent symbol of Afro-Colombian identity; a living, breathing, fighting display of community pride and resilience. If Cartagena is the so-called ‘jewel of the Caribbean’, then San Basilio de Palenque is the undisputed diamond in the rough… the hidden treasure which most of us didn’t even realise was there!

Incredibly, the village is a mere stone’s throw from the bustling port city of Cartagena; a 30-mile bus ride south through hills and swamps is the only thing separating this isolated village from the swarms of tourists that pour into Cartagena’s Old Town each day. When I first arrived, I had absolutely no idea that this place even existed… the second I found out about it, I knew I had to go.

The people of San Basilio de Palenque see the village as their very own “rincón de Africa” (“corner of Africa”) and celebrate San Basilio as the “first free town of the Americas”. It is a community of 3,500 inhabitants, all of whom are direct descendants of heroic African cimarrones (maroons) who risked everything to flee slavery and set up their own settlements during the colonial era. “Palenque” literally means “walled city” or “stronghold” and that’s exactly what San Basilio is. What’s more, it is the only palenque that has survived to the present day.

I came hoping to learn more about the village’s history and folklore and to find someone that I could interview for my YouTube channel, yet from the moment I got there, I could tell it would be a case of “too many stories, nowhere near enough time”.

For starters, the village has its own justice system, where disputes are settled by families rather than police; government intervention is avoided at all costs. Then you’ve got all the myths and legends about the San Basilio’s founder – Benkos Biohó – who was such a formidable leader, that he left the Spanish Crown with no choice but to declare the village free, after it thwarted the Spanish army time and time again. Then there is the story of the palenquera women who would braid their hair with secret escape routes which they would then pass on to fellow prisoners in the event of recapture.

Most fascinating of all, San Basilio de Palenque has its own unique language – palenquero – which is the last surviving Spanish-based creole on Earth. Whilst largely remaining under the tourist radar, these cultural treasures did not go unnoticed and in 2005, UNESCO declared San Basilio as a Masterpiece of the Oral and Intangible History of Humanity.

But for me, the defining element of San Basilio de Palenque is its music. A fantastic quote by Colombian historian Diana Uribe sums it up perfectly:

And I was absolutely delighted to meet legendary musician Rafael Cassiani Cassiani; lead vocalist of the pioneering musical collective “Sexteto Tabalá”. This man is nothing short of an icon, and I very much hope you enjoy this short documentary that we made together…