Emanuela reflects on her first term in Mexico and makes the most of the winter break before she departs for term two in Germany. 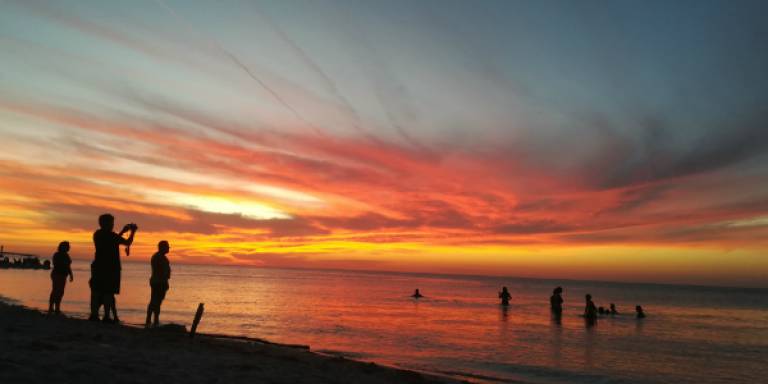 The countdown has begun, and not only to the New Year, but to the day I will have to leave Mexico. Endings make you think and here I am, attempting to go through these past 5 months and what they meant to me.

In my previous blog I told you about my first impressions of Mexico and Mexico City in particular: how I got here, the stereotypes and warnings I lived with at first, the good and bad of living here and how I had been moved by the warm-heartedness of Mexican people.

There have been a few of ups and downs since then. Truth is there were times when I really felt the distance and the difference of culture. In the modules I took at uni I faced hot topics like colonialism, racism and development from a perspective I had not even dared to consider before and that genuinely made me question what I had learnt so far and whether we really think critically as we claim we do or we are unconsciously stuck in an age-long bias.

Mexico is overwhelming and you can love it or hate it, but you just cannot be indifferent. That is something I had been told from other UCL students before I came here. Back in the day I was trying to decide among the different Latin American options I had for my year abroad - Chile, Argentina, Uruguay and Mexico. Funnily enough, I was not even considering Mexico at first because of all the bad things you hear about it. However, after hearing from people who had been there, I completely changed my mind: everyone had enjoyed their year abroad, but those who went to Mexico were just on another level of enthusiasm when they talked about it.

I decided to stay until January so I could have more time to travel and get to know this country as much as possible, although that meant spending Christmas without my family. “Go big or go home”, people say, so I went big. Straight after the end of term I flew to Chetumal in the state of Quintana Roo, “where Mexico begins”. I travelled alone for a couple of days and then I joined some friends in Playa del Carmen and we continued the trip together. Travel tip: avoid Cancun at all costs, it’s a city-wide tourist trap and it’s nothing like Mexico. Go to Mérida, Valladolid, Bacalar and Tulum instead. Go to Chichen Itzá if you have time, after all it is one of the seven wonders of the world, but should you be around Mexico City make sure you pay a visit to Teotihuacan, which in my opinion is a much more interesting archaeological site. Also, unlike in Chichen Itzá in Teotihuacan you can climb the pyramids.

Now that is almost time to leave sadness is real. “Cruzar el charco”, Spanish expression for going overseas, is not something you can do whenever you want. Not knowing when I will be able to come back hurts, but there is some kind of motto that I keep on repeating to myself these days. It’s from one of the most traditional Mexican songs, Cielito Lindo, and it goes: “ay, ay, ay, ay, canta y no llores, porque cantando se alegran, cielito lindo, los corazones” which translates as “sing and don’t cry, lovely sweetheart, for singing gladdens the heart”.
So this is what I will do: I will sing and enjoy mariachis, salsa, banda and even reggaeton for this last two weeks, keeping Mexico in my heart. Then bring on Germany!