A workshop, held in 2021, on the relationship between science and politics in the construction of national identities and citizenship in 19thC and 20thC Europe. 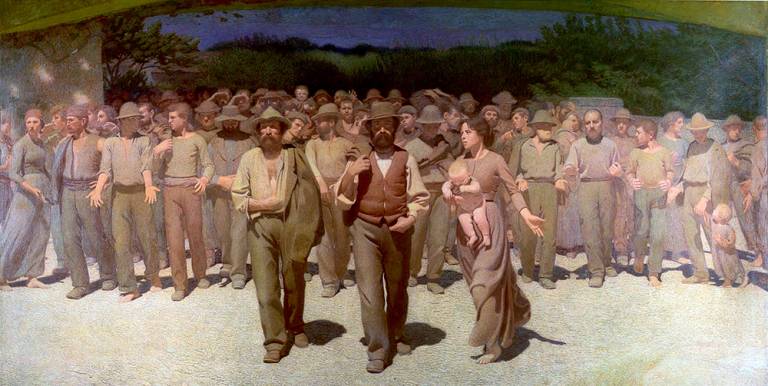 To conclude our workshop, we've invited Dr Cristiano Turbil to give a keynote address:

Abstract: In the late nineteenth century, questions regarding hygiene and public health became central to the medical, cultural and political debates in Italy. Particularly during the first few decades after the unification (1861), public health campaigns, at both local and national levels, became a key element in the creation of the new nation-state. Specifically, new medical ideas were promoted using a variety of formats designed to engage with Italians, regardless of their class and political ideas. These included public debates and talks, the publication of medical and scientific almanacs, and even pedagogical and utopian novels. By looking at these varied sources, this paper will explore how new medical and scientific ideas were used as a pedagogical and political tool to teach Italians how to be ‘doctors at home’ while also attempting to modernise the country. In doing so, it will also provide an overview of the circulation of medical knowledge in the post-unification Italian context and the importance this had in the complex process of forging a sense of citizenship among Italians.

The main image: The Fourth Estate, by Giuseppe Pellizza da Volpedo, between 1899 and 1901, originally entitled The Path of Workers (source).

A series of papers published by the department to disseminate current research undertaken by our staff and affiliated scholars.

A regular annual lecture series held by STS in honour of JBS Haldane, a polymath in the life sciences, science communication, and science policy.

An academic space in which to discuss the many aspects of science in public from multiple perspectives in a relaxed but rigorous environment. It is an open intercollegiate seminar concerned with the broad range of topics that fall under the headings of public understanding of science, public engagement with science, science communication, and science-in-society.

These seminars are intended as an informal venue for research students to present and discuss interesting aspects of their work. The format consists of a presentation of about thirty minutes, followed by about twenty minutes for discussion.