A new book, written by STS's Prof. Jon Agar, analysing developments in government science policy under the premiership of Margaret Thatcher (1979-1990), is available now via open access, on UCL Press. 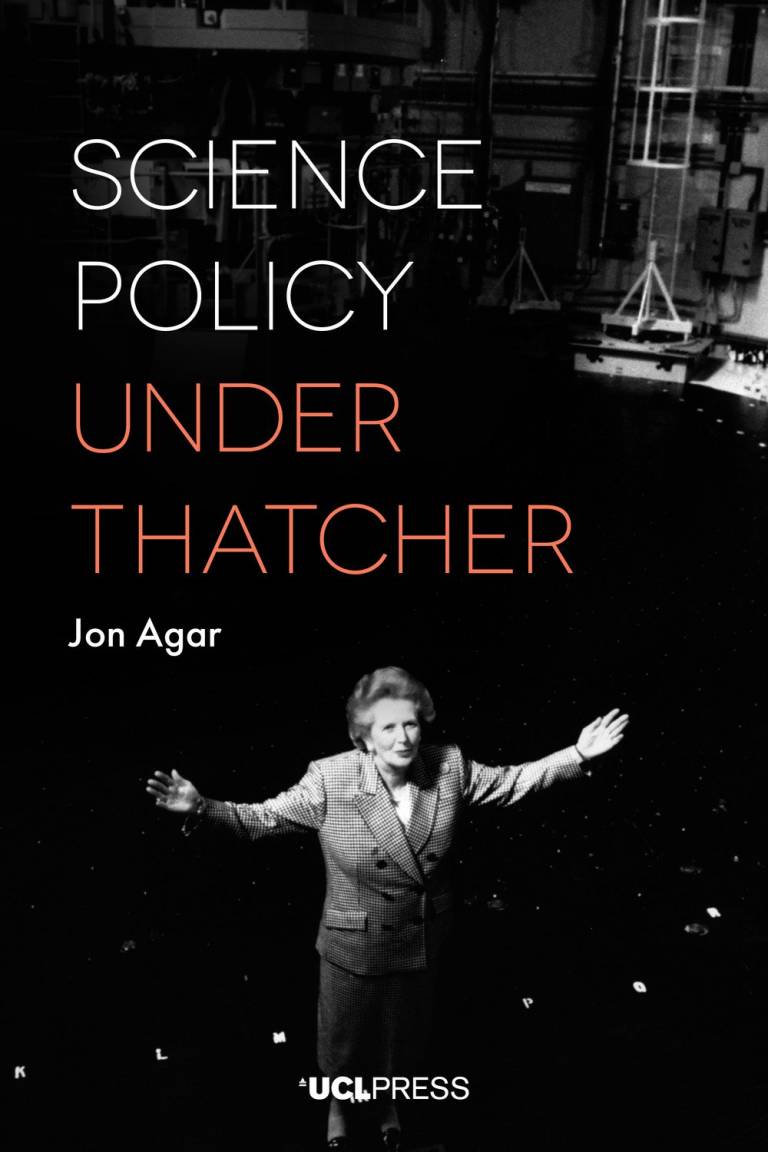 Thatcher was a working scientist before she became a professional politician, and she maintained a close watch on science matters as prime minister. Scientific knowledge and advice were important to many urgent issues of the 1980s, from late Cold War questions of defence to emerging environmental problems such as acid rain and climate change. Drawing on newly released primary sources, Jon Agar explores how Thatcher worked with and occasionally against the structures of scientific advice, as the scientific aspects of such issues were balanced or conflicted with other demands and values. To what extent, for example, was the freedom of the individual scientist to choose research projects balanced against the desire to secure more commercial applications? What was Thatcher’s stance towards European scientific collaboration and commitments? How did cuts in public expenditure affect the publicly funded research and teaching of universities?

Science Policy under Thatcher is the first book to examine systematically the interplay of science and government under her leadership. The book is available now via UCL Press, in both hardback and paperback editions, as well as downloadable for free via open access. For details including a download link, visit the UCL Press Publication page.

Prof. Agar was recently featured on BBC Radio 4's 'Inside Science', discussing the contents of the book with Gareth Mitchell. You can listen again via the BBC Website.