Through these pages you can follow London’s Romanian language and culture trails, find out about the London-based communities, institutions and organisations of Romanians from Romania and the Republic of Moldova, and browse Romanian-related events. 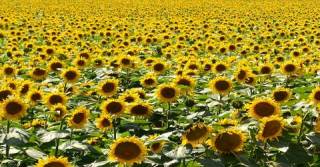 Until the late 1930’s, only a relatively small number of Romanians are known to have taken up residence in London and the UK in general but, in addition to diplomats, they include famous scientists and scholars, such as the inventor and aerodynamics pioneer Henri Coandă, who was technical manager of the Bristol Airplane Company between 1911 and 1914 and designed the Bristol-Coanda monoplanes, or the philologist Moses Gaster, who, among others, held a lectureship at Oxford between 1886 and 1891.

A Romanian community started to form in London in the early 1940’s and included politicians, diplomats, businessmen, intellectuals, armed forces officers and others who have fled the successive extreme right and communist dictatorships in Romania, such as the ambassador Virgil Tilea C.B.E. or the politician, businessman and philanthropist Ion Rațiu , co-founder of the Rațiu Family Charitable Foundation and more recently Sir George Iacobescu C.B.E., chairman and chief executive officer of Canary Wharf Group.

After the fall of communism in 1989, Romanians were finally able to travel freely but initially the UK was not a preferred destination for Romanian emigrants and the UK Census 2001 gives a figure of just above 7500 Romanian-born residents in the whole country. Gradually, however, and especially since the ascension of Romania to the EU in 2007, the numbers have increased significantly, reaching an estimate of 100,000 in 2012, according to the UK Office for National Statistics. Since then, and following the lifting of the EU working restrictions for Romanians in 2014, the figures have probably doubled but no reliable estimates are yet available. A smaller group of Romanians from the Republic of Moldova is also present in the UK, where they tend to mix with the other Romanian communities.