Slovenia decriminalised same-sex relationships in 1977, and since its independence from the Yugoslav Federation in 1991, it has introduced a number of provisions to safeguard LGBTQ rights. Though in some places it is still fighting discrimination, its membership in the EU has had a very positive impact on LGBTQ rights. Ljubljana, the capital city held its first Gay Pride parade in 2001. In February 2016 Parliament voted for recognition of same-sex marriage. Gay and Lesbian couples are also allowed to adopt children.  Ljubljana is a member of the Rainbow City Networks. In our guide, you will find several publications completed in collaboration with this network. 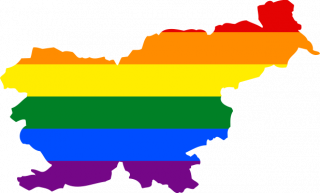 The Ljubljana Faculty of Social Sciences does not have a dedicated department to Queer Studies but the LGBTQ topics are researched at different faculties: