The article that prohibited male homosexuality was repealed in 1992. Discrimination on the grounds of sexual or gender identity in contexts of employment, housing or military is prohibited by Latvia’s anti-discrimination laws. However, same-sex partnerships are not recognized, adoption for same-sex couples is illegal and conversion therapy has not been banned. It is legal to change gender in Latvia without sex reassignement surgery (Equaldex LGBTQ rights: Latvia). 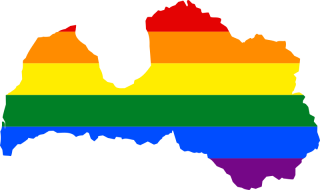