Bosnia-Herzegovina decriminalised  homosexuality in 1991. LGBTQ rights are protected by a comprehensive anti-discriminatory law which was passed in 2016. There are no dedicated academic institutions or university level departments that are directly dealing with LGBT. Up until 2012, before it discontinued it, the Sarajevo State University offered a two year Masters program in gender studies, through which LGBT topics were also covered. Sarajevo has a thriving Civil Society which works on LGBT and it hosts the annual International Queer Film Festival Merlinka since 2013. Sarajevo hosted its first Pride parade in 2019 amid heavy police presence. 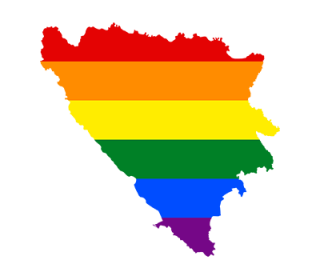